by Tibi Puiu
in Space, Space flight
Reading Time: 2 mins read
A A
Share on FacebookShare on TwitterSubmit to Reddit 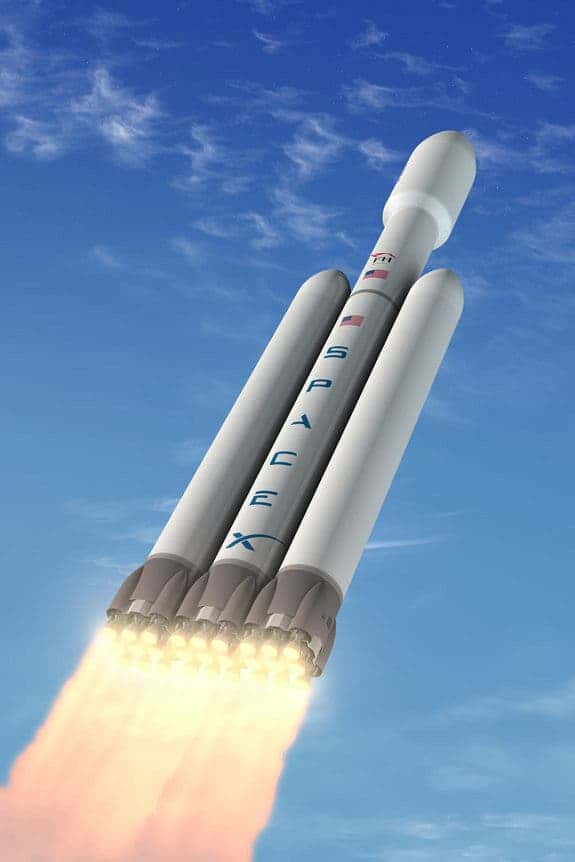 The most successful private space flight venture, SpaceX, continues its successful streak which began with the successful launch and docking of its Dragon capsule with the International Space Station, after the company announced recently it has sealed its first contract for its slated Falcon Heavy rocket, which is expected carry about twice as much payload into orbit as currently available rockets.

The deal was signed with Intelsat, the world’s leading provider of satellite services worldwide – the first of many clients expected to be signed for the Falcon Heavy solution.

“Our support of successful new entrants to the commercial launch industry reduces risk in our business model,” Intelsat chief technical officer Thierry Guillemin said in a statement. “We will work closely with SpaceX as the Falcon Heavy completes rigorous flight tests prior to our future launch requirements,” he said.

Not only is the rocket capable of carrying more payload into space than any of its competitors, at  $1,000 per pound launched, about one-tenth the cost per pound on NASA shuttle launches, it’s also the cheapest. A typical launch is expected to cost $100 million, while the Air Force pays more than four times that amount for Delta 4 Heavy flights, which is the biggest U.S. expendable rocket and can only carry half the payload of the Falcon.

The successful docking of the Dragon capsule with the ISS has offered SpaceX a lot of credit and faith from behalf of NASA, the two having signed a 12-flight deal, worth $1.6 billion contract in which the private space company will ferry cargo to the station. The company also holds more than two dozen other contracts for Falcon 9 flights. Yes, SpaceX proves that space flight is not only innovative and cutting-edge technology-wise, but can also be profitable, and there are more company ready to follow in its footsteps.