Dragon successfully docked on the ISS!

There we have it ladies and gentlemen: history! The first privately held shuttle has just boarded the International Space Station. 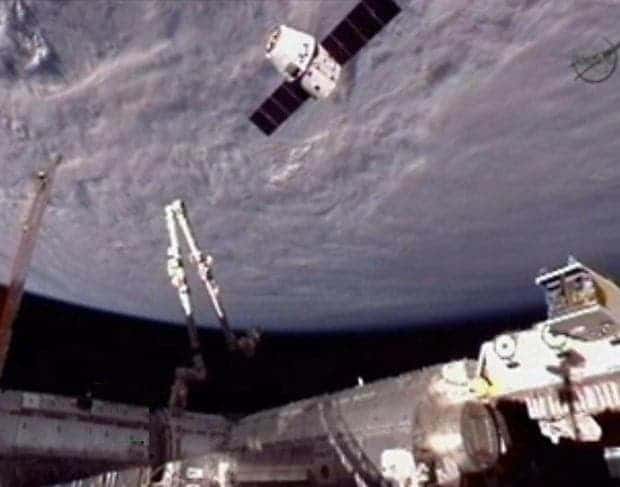 After many delays, a failed attempt and a second, successful one, the SpaceX Dragon Capsule, launched by the Falcon rocket finally managed to dock the ISS after 3 days, 6 hours, 11 minutes and 23 seconds for the Dragon capsule to reach the International Space Station and to be successfully captured – though truth be told, ‘captured’ would be a better word than ‘docked’.

After only a few hours, the astronauts onboard the ISS may start ‘unpacking’ the cargo.