42 years ago today, Apollo 17 lifted off from the moon. Human beings haven’t travelled beyond low Earth orbit ever since

It’s a glorious reminder, but a sad day as well. It’s been 42 years since humans have been on the moon… or anywhere else beyond low orbit for that matter. 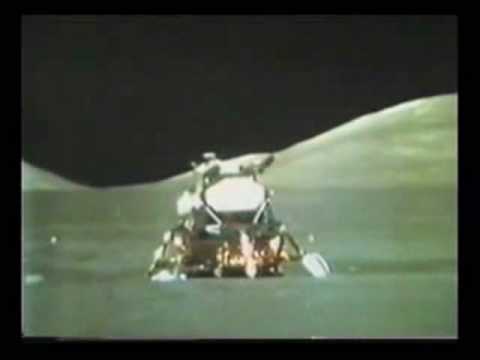 Apollo 17 was the final mission of the United States’ Apollo lunar landing program, and was the sixth and last landing of humans on the Moon. It left the Moon on December 15 and returned to Earth on December 19 after an approximately 12-day mission. The mission left behind it a Gravimetric experiment and several other scientific instruments… and since then, humanity has never stepped foot on our satellite.

I’m not saying we have to go back to the Moon – it’s pretty clear that with today’s technology, it would be more than doable. I mean if you think about it, they sent shuttles to the Moon using computers with less processing power than your smartphone has now – so no one is saying that we can’t send people to the Moon. The problem is that it’s been over 4 decades since we’ve sent humans outside of orbit, somewhere where it really matters. Today, the benefits of sending a crew to the Moon wouldn’t be spectacular. We’ve already seen some things there, and there is little else which we can do at the moment. But what about a bigger destination ?

The most plausible place to approach would seem Mars, and there are already plans for that. NASA is already preparing for a mission to Mars in the near future and they are already working on an engine to do that. Setting foot on Mars would be indeed a monumental achievement, and would yield valuable scientific results. Hopefully, a new dawn of space exploration is nearing.