NASA’s troubles are other companies good luck charm: Virgin has just struck a deal with NASA worth up to $4.5 million for research flights using the company’s new spaceship. 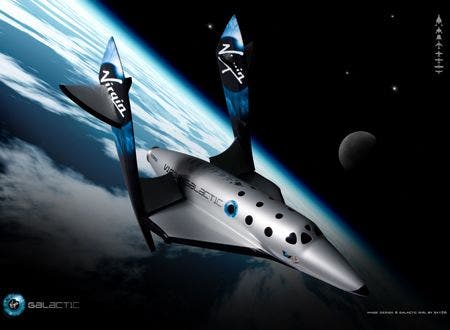 NASA, who is just out of space orbiters, has to sign up several of these deals in order to continue their regular activity, and SpaceShipTwo, a shuttle designed specifically for carrying eight people into suborbital space will fit in just nicely.

“We are excited to be working with NASA to provide the research community with this opportunity to carry out experiments in space, said George Whitesides, president and CEO of Virgin Galactic, in a statement.

The company will also provide a space engineer to assist in every mission; at a first glance, this seems like a win-win situation for everybody.

“An enormous range of disciplines can benefit from access to space, but historically, such research opportunities have been rare and expensive,” Whitesides added. “At Virgin Galactic, we are fully dedicated to revolutionizing access to space, both for tourist astronauts and, through programs like this, for researchers.”

However, many claim this is a major step backwards for NASA, which now has to go through a middle man to leaver the atmosphere. Still, they are receiving a lot of support from many people, including Mike Moses, NASA’s former space shuttle launch integration manager, who will become vice president manager of operations.

“I am extremely excited to be joining Virgin Galactic at this time, helping to forge the foundations that will enable routine commercial suborbital spaceflights,” he said in a statement. “Virgin Galactic will expand the legacy of human spaceflight beyond traditional government programs into the world’s first privately funded commercial spaceline.”.