Ever in expansion, the universe is always acting on matter in an endless tug of transformations. Colliding matter is a natural part of the universe, but when our own Milky Way is at stake, things get personal. Scientists have known for a long time that our very own galaxy, the Milky Way, is destined to collide with the neighboring Andromeda Galaxy. Since the latter is bigger, the Milky Way will get eaten up. Don’t worry though, it won’t happen for another five billion years or so. Now, the International Centre for Radio Astronomy Research in Western Australia just released a video simulation of how this clash of the titans might look like. Hint: it’s beautifully brutal!

The science of galaxy cannibalism 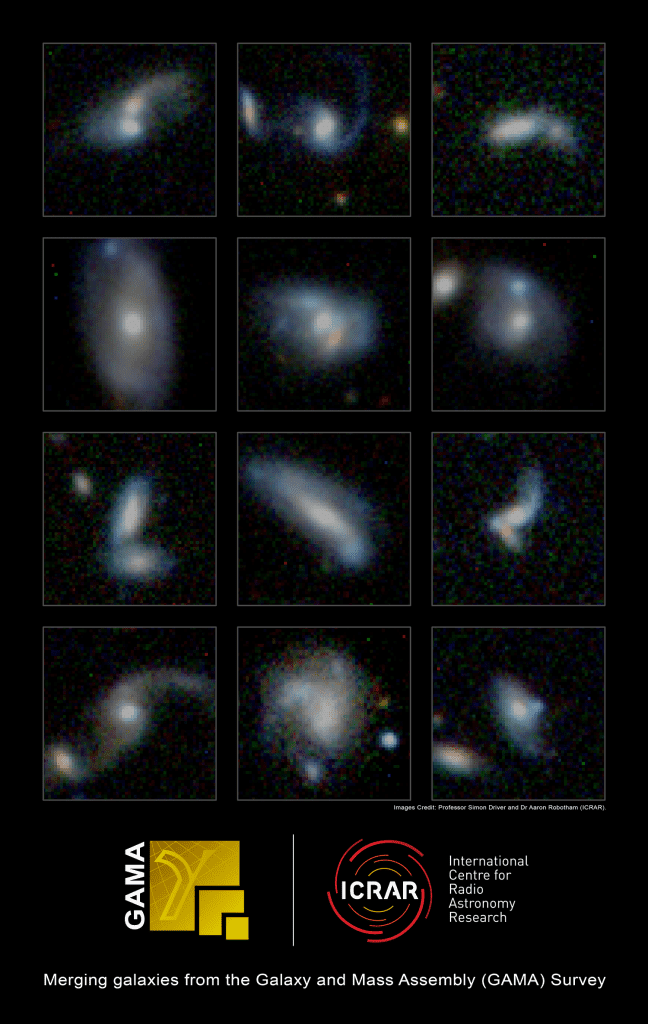 Dr Aaron Robotham based at The University of Western Australia node of the International Centre for Radio Astronomy Research (ICRAR) was part of a team that surveyed  more than 22,000 galaxies to see their growth patterns. Their findings suggest that smaller galaxies are more efficient at creating stars from gas and dust, while the most massive galaxies are the least efficient. Though the behemoth galaxies hardly produce anymore stars, they still grow – much faster than smaller stars actually. There’s a caveat though: they grow by consuming smaller galaxies.

“All galaxies start off small and grow by collecting gas and quite efficiently turning it into stars,” he said.

“Then every now and then they get completely cannibalised by some much larger galaxy.”

Our own Milky Way is at a tipping point, actually. No longer capable of producing stars like it used to, the Milky Way is expected to grow primarily by eating other galaxies in the future. In fact, it would be the first time: astronomers can still notice remnants of all the old galaxies the Milky Way cannibalised. It’s been long since its last feeding though, yet astronomers believe it will gobble  two nearby dwarf galaxies, the Large and Small Magellanic Clouds, in about four billion years. Another billion years from then, the Milky Way would have met a bigger fish: the Andromeda Galaxy.

As galaxies become more massive, they gravity allows them to pull out less galaxies and eat them. Because the Andromeda would be more massive than the Milky Way five billion years from now, our galaxy will officially become galactic history.

[ALSO READ] How many Earth-like planets are there in the Milky Way?

Ultimately, gravity is expected to cause all the galaxies in bound groups and clusters to merge into a few super-giant galaxies, although we will have to wait many billions of years before that happens.

Almost all of the data for the research was collected with the Anglo-Australian Telescope in New South Wales as part of the Galaxy And Mass Assembly (GAMA) survey, led by Professor Simon Driver at ICRAR. The study was published in the Monthly Notices of the Royal Astronomical Society, published by Oxford University Press.