How You Can Vote for a Scientific Experiment on Mars

by Mihai Andrei
in News, Space
Reading Time: 7 mins read
A A
Share on FacebookShare on TwitterSubmit to Reddit

A nonprofit foundation called Mars One wants to build a human colony on Mars, and send people there on a one way mission. In order to facilitate the development of this colony, they have hosted a competition to find the best possible payload to fly to Mars. The winning design will be included in the scientific payload on an unmanned lander set to reach Mars by 2018; they have selected a list of 10 projects, and the public will now choose which one to implement.

We’ve written before about the Mars One and their (some would say visionary, some would say audacious) plan to establish a colony on Mars. The Dutch company already has volunteers for the mission, so they are now already working on the technical aspects.

“Previously, the only payloads that have landed on Mars are those which NASA has selected,” said Bas Lansdorp, “We want to open up the opportunity to the entire world to participate in our mission to Mars by sending a certain payload to the surface of Mars.”

So far, the organization have managed to select 10 projects. Voting submission will be accepted until December 31st, 2014. The winning university payload will be announced on January 5th, 2015. If for whatever reason the winner cannot accomplish the project, then the runner-up will fill in. Arno Wielders, Co-founder & CTO of Mars One said:

“These ten final projects are unique and creative and we are very happy with the payload proposals these teams have presented. It would be highly interesting to see each and every one of these projects being launched to Mars. Now it is up to the public to decide which project they would like to have on Mars.”

Here is a summary of the projects (you can find out more information and VOTE here):

This project aims to bring cyanobacteria to Mars to change a small amount of the 95% carbon dioxide Mars atmosphere into oxygen. The idea is that missions on Mars will combine it with nitrogen to breathable air or just recuperate consumed air over and over again. Similar experiments are already being carried on the International Space Station.

The Australian team also wants to create breathable air on Mars, but they want to generate oxygen production from water in the Martian soil through electrolysis. HELENA’s whose name is drawn from Shakespeare’s heroine who “breathed life into stone,”, has a primary science payload an electrolysis module housed in a custom made chassis unit designed to demonstrate key life-support technology.

The idea of this project is to test in situ materials as a shield for the habitats on Mars. They basically want to generate a composite material using resin to improve Martian soils in a way that they can support habitats necessary for a Martian colony. It will activate a series of sensors on Mars to obtain the control data, average radiation amount, and average temperature cycle and then inject the composite into it. Habitable shelters are a key component for a potential Martian colony.

Exposure to cosmic rays and solar radiation is an extreme health hazard to human explorers. The MARA-DS team designed a project to record the energy and impact events of Galactic Cosmic Ray (GCR) and Solar Energetic Particle (SEP) flux at the surface of Mars. Brilliant in its simplicity, the design they propose has obvious benefits in planning any construction projects for the proposed colony site.

A self-sufficient colony on Mars will need to grow its own food using the planet’s natural resources – and this project proposes just what its name says: establishing a small greenhouse on Mars. The pressurized greenhouse will be carried with an aeroponic system to Mars. The team will try to demonstrate the ability to grow small plants with atmosphere obtained from the Martian environment, with a minimum of material imported from Earth.

The MIDDAS team intends to locate the presence of ice-water in a vertical column of regolith beneath the 2018 Mars lander. This will be done by using a seismic source on the Martian surface to allow sensors to record velocity changes in acoustic seismic waves that are transmitted through the shallow subsurface and are reflected back to the sensors. Having worked with seismic sources quite a lot, I can say that seismic sensors are a mature technology and this has a very good chance to work. The name comes from Greek Mythology. Midas was a king remembered in for his ability to turn everything he touched with his hand into gold.

Seed (Portugal, Spain, and the Netherlands)

The Seed project comes with an old idea, but a new approach. They intend to grow the first plant on Mars. More specifically, the team would like to grow Arabidopsis thaliana seedlings in a container that includes growth medium, water delivery system, carbon filtering systems, light stimulation, and a small photographic camera. The mechanism is fully automatic and the available energy should be enough to maintain a proper temperature for plant growth. 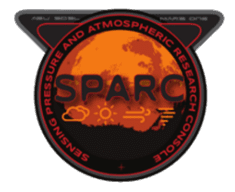 The S.P.A.R.C. team proposes to observe Martian weather patterns. Dust devils, dust storms, and clouds will be videotaped, and data such as pressure and temperature will be recorded from the atmosphere. Weather and climate would be crucial for the future of a potential colony on Mars; the safety and survival of the colonists may depend on our understanding of weather patterns.

This project aims to transform human urine into drinkable water and hydrogen, using electrolysis. For the unmanned 2018 mission urine carried from earth will be used. This will provide sufficient data to develop the next generation system that could be sent in the first-ever human mission to mars in 2025.

Again, you can find out more information about the projects and you can cast your vote HERE.