by Tibi Puiu
in Neurology, Studies
Reading Time: 2 mins read
A A
Share on FacebookShare on TwitterSubmit to Reddit 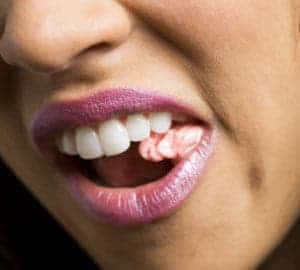 Chewing without actually eating seems pretty weird, if you think a bit about it, even so it’s a highly popular habit best described by the billion dollar industry of chewing gum. If you’re one of the regular chewers, here’s something to lighten your mood for the day – chewing gum increases your cognitive abilities, albeit for a short burst of time, as researchers from St. Lawrence University have concluded in a recently published study. Wish you knew that before your teacher kicked you out of class in the seventh grade, right?

The scientists asked the 159 volunteers, which they divided into two groups (chewers and non-chewers), to solve  a series of tests, including difficult logic problems or repeating numbers backwards. The researchers found that people who were chewing gum during the application outperformed non-chewers, as a whole, in five out of six tests. The only exception was the verbal fluency test, in which subjects were asked to name as many words they can from various lexical families.

When I first read the paper’s byline I thought it all had something to do with sugar-rush intake, but apparently this is not the case. The chewers were given both sugar and sugar-free gum, with no significant discrepancies in their results. The performance induced by chewing gum, however, is short lived improvements lasting during the first 20 minutes of testing.

If it doesn’t have anything to do with sugar or gloucose, how does chewing gum improve your mental abilities? Well it all has something to do with chewing, be it anything, not just gum, because of a process called “mastication-induced arousal”. This acts as boost to the brain, waking us up and allowing better focus to a task at hand. After the boost phase is over, the lack of improvement in cognitive function when gum is chewed throughout testing may be because of interference effects due to a sharing of resources by cognitive and masticatory processes, researchers suggest.