by Tibi Puiu
in Mind & Brain, Studies
Reading Time: 2 mins read
A A
Share on FacebookShare on TwitterSubmit to Reddit 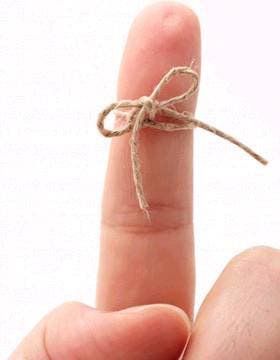 The average brain can only hold about five to seven pieces of information at a time within 30 seconds – this is called working memory. What people usually do to get pass the 30 seconds interval is they re-expose themselves to the information, for instance if you want to remember a 7 digit phone number (seven pieces of information) you’ll have to constantly play the sequence inside your head. Through repetition, you’ll be able to move it away from your working memory to some extent.

But, how can you increase you short-term memory capacity in general? What if you could go from remembering the names of the last 5 people you just met to 10 names? Would short-term memory improvement have any effects on other cognitive senses? These questions and more or less satisfying answers can be found in a recently published study by Jason Chein at Temple University in Philadelphia, Pennsylvania.

Past attempts to expand short-term memory implied specific strategies, such as rehearsing long strings of numbers, often improved their performance on the particular task at hand, but with no visible long-term effects on the memory. Chein’s training technique is different and most importantly turns results – a software  asks people to answer questions about a string of successive sentences while simultaneously remembering the last word of each sentence. It is very difficult to develop conscious shortcuts to deal with the two conflicting sources of information, so the brain is forced to make more long-lasting changes.

The technique reportedly works amazingly, with a whooping 15 per cent improvement over a training course of five weeks, meaning expanding your working memory from seven to eight items. While it’s evident that short-term memory improvement is possible, scientists argue whether it has any implications on other cognitive areas – some say it doesn’t have any connections, while others stress that cognitive abilities from logical reasoning and arithmetic to verbal skills and reading comprehension are directly linked to the working memory.

As published in Psychonomic Bulletin & Review.