Our most fondest and valuable memories are cemented during sleep

by Tibi Puiu
in Mind & Brain, Research
Reading Time: 4 mins read
A A
Share on FacebookShare on TwitterSubmit to Reddit 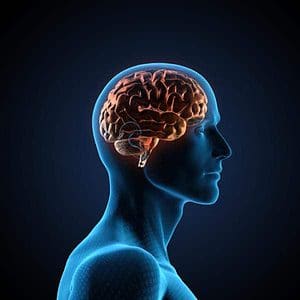 A topic of great interest in neurology and psychology is memory. While a lot of efforts have been made towards identifying what mechanisms and processes govern memory formation and retrieval, very few things are understood with respect to its storage. This is because our memories aren’t static, they always shift position and become either more anchored – through repetition for instance – or oppositely they turn to a hidden corner of our mind’s recess for “neural dust” to gather, some never to be retrieved again. A group of researchers at Northwestern University has made great strides forward in memory storage research after their findings show that sleep plays a vital role in memory consolidation.

There are a lot of events that we experience on a day to day basis, some of which are trivial, like going shopping for groceries, while others are important, like experiencing something life changing or sometimes just as well something we deem useful (generates money). It’s the important events that our minds deem fit to remember, something we’ve all noticed. The researchers have also proven this statement after they showed that high value information – like information that might benefit us in some way or another e.g. money – is stored more easily than low-value information.

With this in mind, Delphine Oudiette, a postdoctoral fellow in the department of psychology at Northwestern and lead author of the study, along with colleagues, devised an experiment in which participants where asked to remember the position of various objects on a computer screen. Each object was associated with a particular sound; for instance, a tea kettle would appear with a whistling sound, and in order to make the study relevant, each object was assigned a particular value. This assigned value  informed participants how much money they could make if they remembered it later on the test.

“The pay-off was much higher for some of the objects than for others,” explained Ken Paller, professor of psychology at Northwestern and co-author of the study. “In other words, we manipulated the value of the memories — some were valuable memories and others not so much, just as the things we experience each day vary in the extent to which we’d like to be able to remember them later.”

After the objects were shown, from time to time characteristic sounds associated with each object were played both during tates of wakefulness and sleep. Some of the sounds were played alone, quite softly, essentially reminding participants of the low-value items. Participants remembered the low-value associations better when the sound presentations occurred during sleep.

“We think that what’s happening during sleep is basically the reactivation of that information,” Oudiette said. “We can provoke the reactivation by presenting those sounds, therefore energizing the low-value memories so they get stored better.”

As you might expect, their findings have sound implications in memory storage research, as it implies that whatever we rehearse during sleep – a state where a lot of things we still know too few about happen – is going to determine what stays with us as memories or what we lose. Many memories that are stored during the day are not remembered, but like the saying goes “practice makes perfect”, only it should have continued with “in sleep”.

“We think one of the reasons for that is that we have to rehearse memories in order to keep them. When you practice and rehearse, you increase the likelihood of later remembering,” Oudiette said. “And a lot of our rehearsal happens when we don’t even realize it — while we’re asleep.”

Again, the researchers stress how much we still need to learn about how memory selectivity works and, most importantly, what goes along inside our heads during sleep.

“The fact that this critical memory reactivation transpires during sleep has mostly been hidden from us, from humanity, because we don’t realize so much of what’s happening while we’re asleep,” said Ken Paller, professor of psychology at Northwestern and co-author of the study.

The findings were reported in the Journal of Neuroscience.