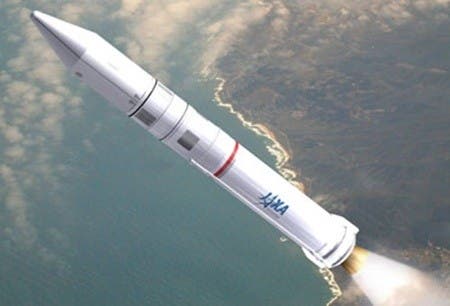 The Japanese seem to have not lost one inch of the determination to push science forward after the major earthquake, the tsunamis it generated, and the colateral damage that comes with such a tragic event (power shortages, infrastructure damage, and most of all, radiation danger from nuclear plants). They are now trying to trim the costs of space rockets by the use of artificial intelligence, creating a system that would be capable of diagnosing and even repairing its own malfunctions.

Yasuhiro Morita is the project manager for the current Epsilon launch and a professor at the Institute of Space and Astronautical Science at JAXA, and he is pushing this idea fast. The new Epsilon rocket will hopefully feature some basic artificial intelligence when it will be launched two years from now. This AI will function in a similar way to the brain, identifying problems and suggesting ways to repair them.

If successfully created, these ‘smart rockets’ would perform tests and maintenance on themselves, thus dramatically reducing the costs for power and manpower needed to operate such a device. However, Japan is treating this problem with utmost care, stating that this development will take time, and complete control over flight and maintenance will not be available for several years.