by Mihai Andrei
in News, Space
A A

For the first time in history, the UK has a representative on the International Space Station. This morning, British astronaut Tim Peake made his first visit to the station, alongside two seasoned: Russia’s Yuri Malenchenko and NASA’s Tim Kopra. It was a flawless launch, as you can see below. 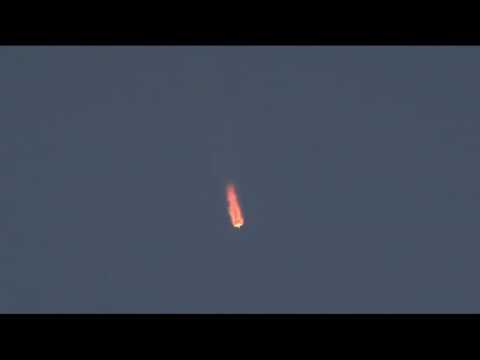 Malechenko had to take manual control after the automated docking attempt was unexpectedly aborted, and he managed to successfully dock with the station’s Russian segment at 2:58 pm EST (1958 GMT).

The trio has now joined NASA astronaut Scott Kelly and Russian cosmonauts Mikhail Kornienko and Sergey Volko who are already conducting experiments in microgravity, most notably medical studies. Kelly is not the commander of the expedition and he’s become the man with the most days spent in space. However, in a few months, Kelly will retire, and Kopra will take his place as commander of the expedition.

As for the British, this is a memorable date. Peake became the first of his country to visit the ISS, but chemist Helen Sharman was technically the first Brit in space, having visited the Soviet space station, Mir, in 1991. She told the BBC:

“Launch itself is a day that you want to get on with, because finally, you’re getting to do what you’ve been trained to do for so long. I trained for 18 months, Tim Peake will have trained for six years by the time he flies. You’re part of a great big machine… by that stage, the team is so big – the doctors, the trainers – that you’re not going to be able to go wrong.”

In recent times, there has been a special emphasis on experiments focusing on long term space flight, especially on the effects it will have on the human body. This kind of experiments will continue to be carried on, and a particular experiment of interest is growing crystals from disease proteins that are too small to see, even under a microscope. These crystallized structures could help doctors understand how to defeat diseases from the inside out. Meanwhile, in the Japanese module, a furnace will be installed so astronauts can study how plasma behaves in microgravity, testing an inflatable capsule.