Astronaut builds lego ISS on board the ISS 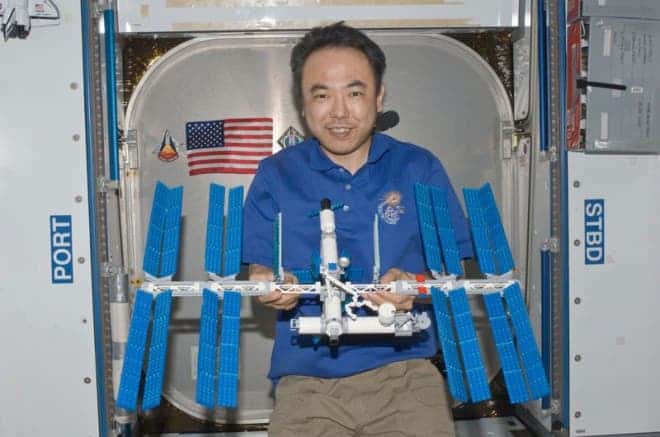 Flight engineer Satoshi Furukawa, which we featured earlier on ZME when he played baseball with himself in space, spent two hours assembling the lego pieces of the scale replica inside a glove box, such that any hazards resulting from pieces flying way and jamming equipment could be averted. He then talked a bit about the International Space Station, as part of a series of educational documentaries for kids in schools.

“Kids like LEGO and when they see LEGO floating in space, I’m sure they are excited,” Furukawa said. “Well, I hope this experience inspires them to make greater efforts to study science and technology.”

Furukawa has definitely earned his “Lego Guy” nickname, as he also built Lego models of lunar exploration and Mars rovers, as well as the Hubble Space Telescope – all in space.   After shooting the video, he had to disassemble and stow the kit to be returned to Earth.

Photos and more about the story at Collect Space.