by Mihai Andrei
in Astrophysics, Space, Telescopes
Reading Time: 3 mins read
A A
Share on FacebookShare on TwitterSubmit to Reddit

Galaxy clusters are the biggest stable structures in our Universe that we know of, typically containing 50 to 1000 galaxies. 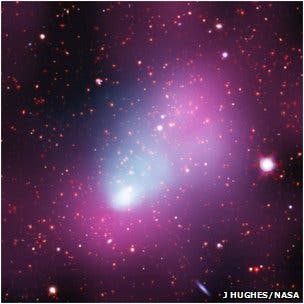 Seven billion light years away and two million billion times heavier than our Sun lies El Gordo – which is Spanish for ‘the fat one’. Astronomers reporting at the 219th American Astronomical Society meeting said that at the moment, El Gordo is undergoing a process of growth and collision, and that it will grow even larger.

Aside from discovering it, which is really remarkable in itself, astrophysicists have set out to figure exactly how these clusters form, collide and grow – and they hope El Gordo can play a big role here.

“El Gordo is at a distance that corresponds to a distance of about seven billion light years – we’re looking at it at a time that the Universe was only half as old as it is now, when structure was forming at a different rate,” explained Jack Hughes of Rutgers University in New Jersey, US.

Galaxy clusters hold many records, and from what we know so far, collisions like the ones in El Gordo are the most energetic events in the Universe, as incredible amounts of matter and dark matter collide at incredible speeds. Just imagine a collision between hundreds and hundreds of galaxies, all of them filled with stars and planets and dark matter, just colliding! Don’t know about you, but I find it really hard to wrap my mind around that.

Generally speaking, galaxy clusters grow by sheer force of gravity; they’re big, they’re heavy and they attract other objects – normal matter and dark matter work together here. But meanwhile, the much more mysterious dark energy works to pull the entire Universe apart at growing speeds. Understanding these connected processes is a Herculean task, and placing major galaxy clusters in this context is very important. 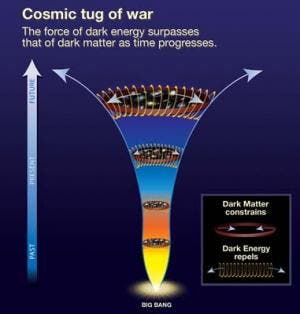 “By looking at and understanding the properties of El Gordo, we’re able to understand the time evolution of the structure formation of the Universe,” Prof Hughes said.

Right now, researchers are working on a model to show just how big the galaxy cluster will become.

“El Gordo is going to continue to grow,” Prof Hughes said. “We could extrapolate what its mass will be; unfortunately the models are uncertain, but it could become the most massive cluster known about, even when we count the nearby Universe.”