by Mihai Andrei
in Chemistry, Space
Reading Time: 1 min read
A A
Share on FacebookShare on TwitterSubmit to Reddit

Nope, this is not the Mars chocolate I’m talking about – NASA’s Curiosity rover is digging in at Rocknest – a patch of Martian sand the robot has been exploring for the past week. 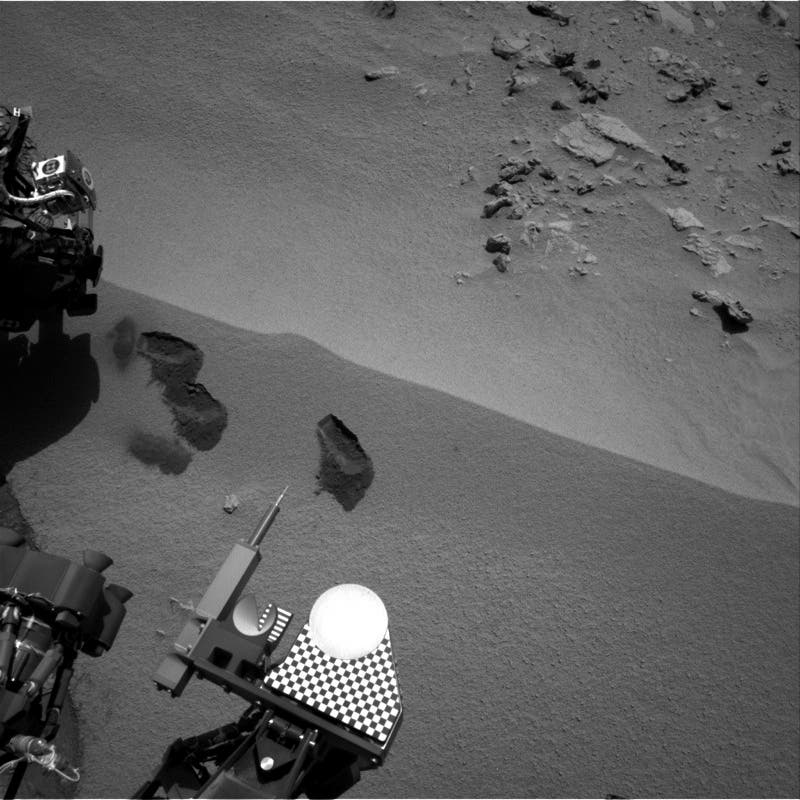 If you look at the picture above, taken by one of Curiosity’s camera, you can actually see three bite-like marks, left by the rover’s scoop robotic arm, which is used to extract samples from the Red Planet. But before it actually starts analyzing the sample, it must first purify it its sample-collection instruments using Martian sand as a cleansing abrasive – anything else could cause contamination. This type of contamination is an extremely serious issue, especially after the Curiosity spotted something (3D pic here) which can be debris from the land (although it’s also possible the speck is indeginous to Mars).

After the sample is treated, Curiosity will use the CheMin (chemistry-mineralogy) tool to analyze what it picked up.