The swirling gases could shed light on the atmosphere of other planets within and outside of our solar system.

by Tyler MacDonald
in Astronomy, Discoveries, Science, Space
Reading Time: 2 mins read
A A
Share on FacebookShare on TwitterSubmit to Reddit

Despite being more than five times more distant from the Sun than the Earth, Jupiter’s upper atmosphere has temperatures that are similar to our planet, a fact that has puzzled scientists for years. Now, a new study suggests the source of the non-solar energy responsible for these temperatures: Jupiter’s Great Red Spot. 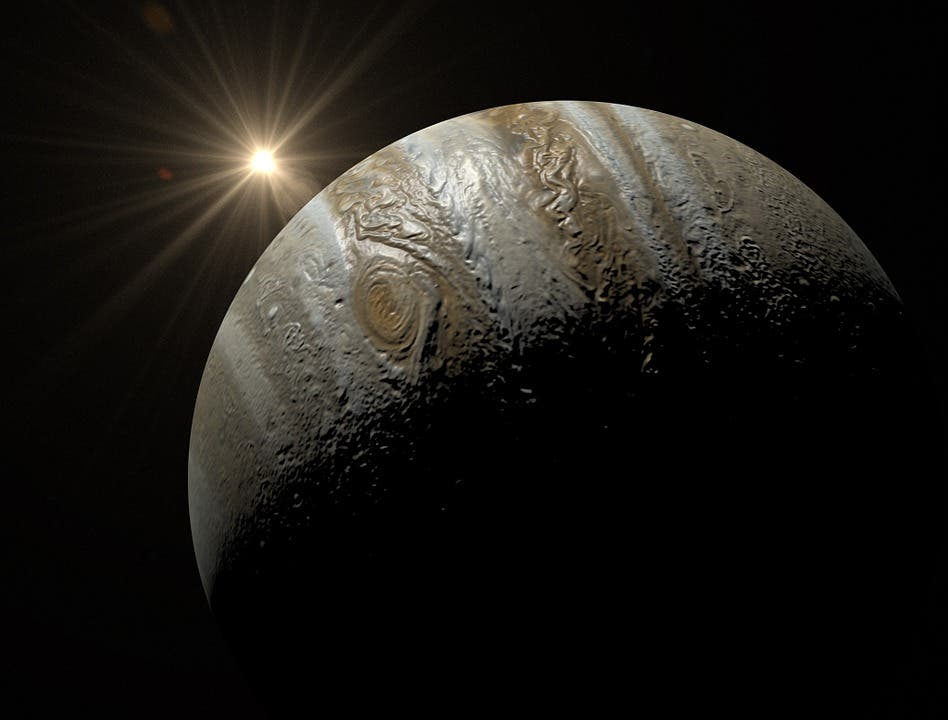 “With solar heating from above ruled out, we designed observations to map the heat distribution over the entire planet in search for any temperature anomalies that might yield clues as to where the energy is coming from,” said James O’Donoghue, a research scientist at Boston University (BU) and lead author of the study.

Planet temperatures are typically determined by taking note of their non-visible, infrared light emissions. For the current study, the team took infrared light emissions from heights approximately 500 miles higher than the visible cloud tops that lie about 30 miles above Jupiter’s rim. The results reveal that when looking at the planet’s southern hemisphere – where the Great Red Spot is located – high altitude temperatures are much higher than expected.

“We could see almost immediately that our maximum temperatures at high altitudes were above the Great Red Spot far below – a weird coincidence or a major clue?” O’Donoghue said.

Jupiter’s Great Red Spot is composed of swirling gases and has varied in size and color over the centuries. The atmospheric flows that exist above this turbulent storm of gases create gravity waves and acoustic waves. When combined, O’Donoghue and his team believe that these two types of waves cause the upper atmosphere heating observed in the results.

“The Great Red Spot is a terrific source of energy to heat the upper atmosphere at Jupiter, but we had no prior evidence of its actual effects upon observed temperatures at high altitudes,” said Luke Moore, a research scientist from BU and co-author of the study.

The findings not only shed light on the effects of Jupiter’s Great Red Spot on its atmosphere, they also suggest that similar processes could be taking place on other planets in and outside of our solar system.

“Energy transfer to the upper atmosphere from below has been simulated for planetary atmospheres, but not yet backed up by observations,” O’Donoghue said. “The extremely high temperatures observed above the storm appear to be the ‘smoking gun’ of this energy transfer, indicating that planet-wide heating is a plausible explanation for the ‘energy crisis.’ “