by Mihai Andrei
in Alien life, Space flight
Reading Time: 2 mins read
A A
Share on FacebookShare on TwitterSubmit to Reddit

The video captures the thrilling final few minutes of the Curiosity rover’s white-knuckle ride as it descended towards the surface of Mars, where it will hopefully provide valuable information about the Red Planet’s history. You shouldn’t expect a fantastic hi-res video, because the rover’s Mars Descent Imager (MARDI) only has a low-resolution camera.

During the film, you can see the camera nodding back and forth, which coincides with the probe rocking back and forth due to the supersonic parachute. After that, rockets at the bottom of the rover start slowing the descent, and again, the video was shaking back and forth. A few seconds later before the land, a large plume of dust gets kicked up by the rockets.

MARDI also shot a better, in colour and with a higher resolution, but the footage won’t be available until engineers are able to receive more data from Curiosity. 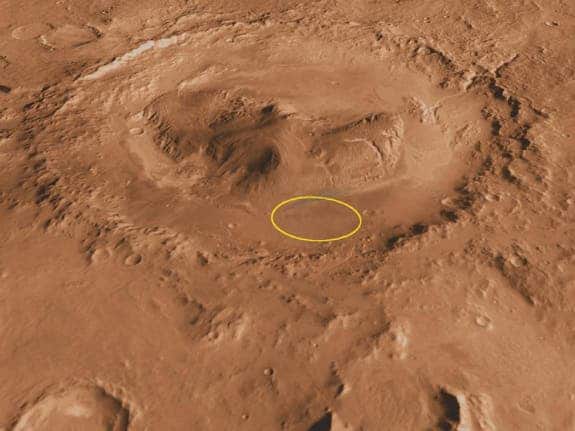