Malaria still kills thousands of children in Africa each year -- but a vaccine might change all that.

Malaria remains one of the world’s leading killers, claiming the life of one child every two minutes. Most of these deaths are in Africa, where more than 250,000 children die from the disease every year. Children under 5 are at greatest risk of its life-threatening complications. Worldwide, malaria kills 435,000 people a year, mostly kids. 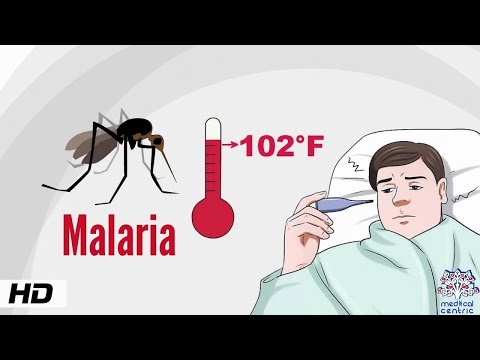 This week, a pilot program to immunize babies in Malawi with the RTS,S vaccine was launched to evaluate it the vaccine can jump-start stalled progress in the battle against the disease.

Thirty years in the making, RTS,S is the first, and to date the only, vaccine that has demonstrated it can significantly reduce malaria in children. In clinical trials, the vaccine was found to prevent approximately 4 in 10 malaria cases, including 3 in 10 cases of life-threatening severe malaria. The vaccine also cut the level of severe anemia—the most common reason kids die from the disease—by 60%.

A 4-dose schedule is required, with the first dose given as soon as possible after five months of age, doses two and three given at monthly intervals after that, and the fourth dose given 15–18 months after the third dose. In the Phase 3 trial, the vaccine was generally well tolerated, with adverse reactions comparable to those of other childhood vaccines. The European Medicines Agency (EMA) carried out a scientific assessment of RTS,S and concluded that the vaccine has an acceptable safety profile in a scientific opinion issued in July 2015. The vaccine is a complementary malaria control tool – to be added to the core package of WHO-recommended measures for malaria prevention, including the routine use of insecticide-treated bed nets, indoor spraying with insecticides, and the timely use of malaria testing and treatment.

In a World Health Organization (WHO) statement, WHO Director-General Tedros Adhanom Ghebreyesus, PhD, said tremendous gains against malaria have been made over the past 15 years with the use of bed nets and other measures, but progress has stalled or even reversed in some areas.

“We need new solutions to get the malaria response back on track, and this vaccine gives us a promising tool to get there,” he said. “The malaria vaccine has the potential to save tens of thousands of children’s lives.”

Along with Malawi, pilot programs to make the RTS,S  available along with other routine childhood vaccine are also slated for selected areas of Ghana and Kenya. The WHO’s Strategic Advisory Group of Experts (SAGE) has been working on vaccination recommendations, and its Malaria Policy Advisory Committee has been addressing issues related to public health use of the vaccine.

Aside from the WHO and the three countries’ health ministries, other groups collaborating on the pilot program include PATH, a nonprofit health group based in Seattle. And GSK is donating up to 10 million vaccine doses. Three global health groups are financing the program at a cost of nearly $50 million: Gavi, the Vaccine Alliance; the Global Fund to Fight AIDS, Tuberculosis, and Malaria; and Unitaid.

The pilot program’s goal is to reach 360,000 children each year in the three countries. Health ministries will guide where the vaccine will be given, focusing on areas with moderate-to-high transmission. The WHO will use the results from the pilot program to guide its policy recommendations on the wider use of the RTS,S vaccine. Specifically, it will be looking at its impact on child deaths, uptake in target populations, whether parents bring their children in for all four doses, and vaccine safety with routine use.

Kate O’Brien, MD, MPH, Director of WHO’s Department of Immunization, Vaccines, and Biologicals, said young infants are at the highest risk of severe outcomes, and so having a vaccine that can prevent disease in children and infants would be a groundbreaking new strategy.