Book review: ‘Taste as Experience: The Philosophy and Aesthetics of Food’

This is a pragmatic take to gusto, one that both foodies and the 'profane' will enjoy.

by Tibi Puiu
in Books, Science
Reading Time: 2 mins read
A A
Share on FacebookShare on TwitterSubmit to Reddit 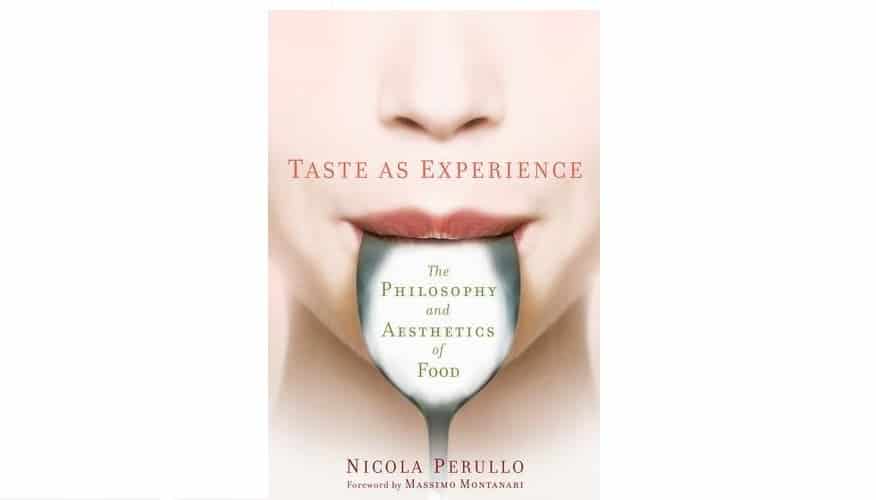 There are more than 6,500 spoken languages in the world, but none is as universal as food. Everybody eats and the experience of sharing food can be an intense and culturally transcendent moment. Yet, although we share the same food, that doesn’t mean we have the same sensorial experience. Nicola Perullo, Associate Professor of Aesthetics at the University of Gastronomic Sciences, Pollenz, Italy, invites us to look at the perception of taste in a different way through a novel philosophical appreciation of the experience.

‘Philosophy with food rather than of food’

In his book, Perullo argues that taste is not just a sense, nor an emotion or opinion. Instead, taste is an eclectic mix of individual, cultural, and social variables. Central to his thesis is that taste is always ecologically situated or, in other words, it depends on ‘set and setting’, culture, but also bodily and mental processes which are in constant interaction with the environment.

If that sounds pretentious, that’s not the intention of the book, or so Perullo argues. The author insists this is not a book in praise of gastromania like the exclusivist ramblings you might hear from the likes of food fashionistas. Drawing on the works of such philosophers as Epicurus or Montaigne, Perullo paints a different approach to valuing taste for the nonspecialist.

Mainstream Western thought, going back from the ancient Greeks to modern philosophers, holds taste as the inferior taste because it’s seen as a limited series of stimuli compared to the other senses. Perullo, on the other hand, argues that taste is not merely a chemical sensor that can sometimes lead to pleasure. From stimulus to sensation, and from sensation to perception, the whole experience can be extremely complex and nuanced.

All in all, the author makes an interesting case as he immerses the readers into the aesthetic experience of taste, both internal and external. This is a pragmatic take to gusto, one that both foodies and the ‘profane’ will enjoy.