Faking of scientific papers on an industrial scale in China

Disguised as employess of a gas company, Beijing policemen burst into an otherwise ordinary looking apartment; the two suspects inside panicked and threw a bag of about $50.000 out the balcony, the money slowly floating down to the delight of the pedestrians. But even as pirated DVDs, sports gear and clothing are rather common in China, these guys were up to something way more intellectual: they were forging scientific papers.

But it looks good on paper! 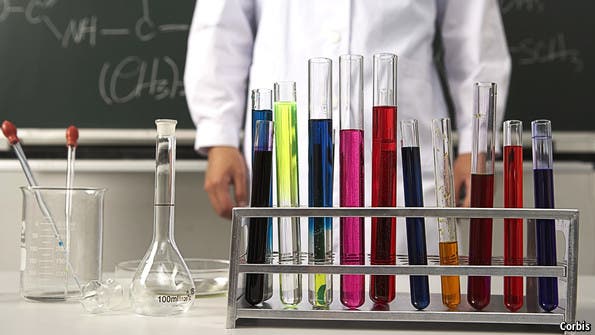 But as China tries to climb its way towards the top of the science world, an entire forging industry starts casting a dark shadow. The criminal underworld took advantage of one of the quirks in China’s grant funding system: grants are given based on the number of published studies, not on their quality; this fostered an industry of plagiarism, invented research and fake journals that Wuhan University estimated in 2009 was worth $150.000.000 – increasing 5 times in just two years. Fake articles are sold to academics, as are publication slots in counterfeit versions of existing medical journals.

The thing is, scientists commit fraud all around the world – the problem is not limited to China; but the extent at which it is done in the country exceeds even the most pessimistic expectations: In a 2010 survey conducted by Nature, of the approximately 6.000 researchers questioned, over a third admitted plagiarism, falsification and/or fabrication.

The quality of the research is rarely an issue due to practical aspects. Most administrators are unqualified to evaluate research, either because they are beaurocrats, or because they got promoted to the job also through plagiariasm and forgery – so instead, grants are given based on the number of published studies. For example, In 2009 Acta Crystallographica Section E, a British journal on crystallography, was forced to retract no less than 70 papers (!) co-authored by two researchers at Jinggangshan university because they had fabricated evidence in their articles. This prompted a reaction from many of the world’s leading journals, but the odds are that even more Chinese fake articles were covered up.

The cost of buying an counterfeit article was $250, while the cost of publishing an article (fake or not) in a counterfeit journal was $650! Most customers were medical researchers aiming for promotion, not grants. However, the problem in China goes all the way to the top: at his trial this month for corruption, Zhang Shuguang, a former railway-ministry official, admitted having spent half of $7.8m in bribes that he had collected trying to get himself elected to the Chinese Academy of Sciences. He fell just one vote short of election, and two years later, he was in police custody.