What are the mechanics of trustworthiness? You need to ask a robot, ironically

Trust is in your genes. Humans are social beings, and from the dawn of the first community humans had to work together in order to survive. One of the most important elements of social interactions is trust, and evaluating trust has becoming deeply rooted in our subconscious. For years psychologists have been studying what exactly causes people to award trust, but the exact mechanisms which trigger the decision are painted in blurry lines.

A new study from scientists at Northeastern University employed a human-controlled baby-blue eyed robot called Nexi in order to try to answer what forms trust or distrust.

“Something about that person makes me trust/distrust him” is a statement which David DeSteno along with collaborators from MIT and Cornell University have sought to deconstruct from its core. In the first part of their experiment, the researchers enlisted 86 North­eastern stu­dent and had them interact through either face-to-face or through a web-based application.

To spice things up, DeSteno had participants play the classic prisoner game. The volunteers were matched in pairs for the game, in which you could win money. The participant could either betray his partner and take all the money, or work together and each leave with half. The latter option was popular among pairs where participants trusted each other, and not surprisingly among pairs were interaction was face-to-face.

[RELATED] Trust or not – you only need 20 seconds

According to the researchers, in the absence of reliable information about a person, we rely on nonverbal cues to predict that person’s likely actions. You work with what you’ve got. Anyway, scientists, scam artists and politicians have known for a long time that even the slightest, minute non-verbal gestures are important to forming trust. What are the cues that convey trustworthiness though?

“Scientists haven’t been able to unlock the cues to trust because they’ve been going about it the wrong way,” DeSteno said. “There’s no one golden cue. Context and coordination of movements is what matters.”

In the experiment described above, classic cues were present, but since participants fidgeted, the psychologists couldn’t establish if these signs of interaction, or simple nervous tics or byproducts of anxiousness. Here’s where Nexi came to the rescue. Developed by MIT, this baby-eyed humanoid robot was put face to face with participants. During the interaction, the robot was remotely controlled by two persons. The same game was played, and during this whole time Nexi was directed to perform certain known cues which warrant distrust like leaning away, crossing one’s arms, touching one’s hands together and touching one’s own body. 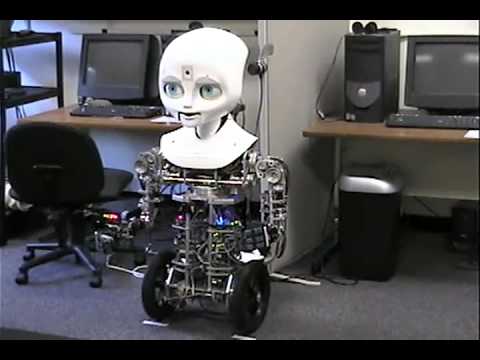 The researchers found that each non-verbal cue when made in isolation didn’t mean anything, however when grouped they had a significant influence on how the game ensued.

“The fact that a robot can trigger the same reactions confirms the mechanistic nature of many of the forces that influence human interaction.”

Now, I’m not sure how much the fact that the participants interacted with a robot for 10 minutes had on the results, which were transposed to human behavior. After all, the researchers admitted that trustworthiness was different when interactions were made face-to-face versus online. Still, if anything this study shows that robots are more prepared to be socially integrated than anytime.

The findings were recently published in the journal Psychological Science.