Sorry to burst your bubble, but this is why you’ll never be Spiderman

by Tibi Puiu
in News, Physics
Reading Time: 4 mins read
A A
Share on FacebookShare on TwitterSubmit to Reddit

Geckos are the largest animals able to scale walls. They use the same mechanism as spiders and hundreds of other animals able to do so:  through tiny hairs on their pads that adhere to surfaces due to molecular force interactions. But why isn’t there an animal bigger than the gecko that can cling to windows and walls? For that matter, why isn’t there any Spiderman? Some scientists, inspired by the gecko, are working on artificial sticky pads that might make robots and gadget-enable humans to scale walls. A new research seems cast doubt that any of this will ever work. The findings suggest that there’s an inherent trade off between size and the ability to cling to surfaces. If you’re too big, sticky pads simply don’t work. The researchers calculated that a human would need sticky pads covering 40% of our bodies or sport US size 114 feet to walk up a wall like the fabled Spiderman. 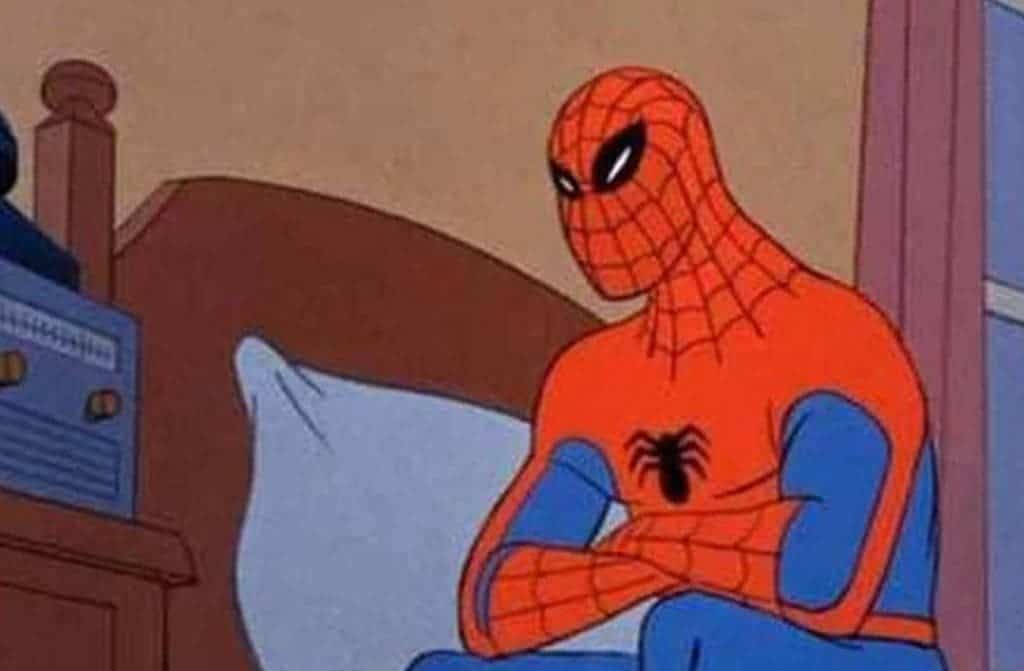 A typical jumping spider has small hairs that cover its feet, and each of these small hairs is covered in even smaller hairs called “setules”. One spider has more than 600,000 such setules, helping it grip surfaces with a force greater than 170 times its own weight. This force is called van der Waals force —  a form of attraction which only works between the positive and negative charges of individual molecules that are within a few nanometers of one another. The triangular-tipped setules on spiders’ feet are perfectly designed to take advantage of the van der Waals force because they form hundreds of thousands of flexible contact points. What’s cool about this type of molecular interaction is that’s dynamic. It’s not glue, and consequently not affected by the surface or the surrounding environment, which is why scaling oily or wet surfaces is easy for these animals.

Dr David Labonte and his colleagues in the University of Cambridge’s Department of Zoology studied the weight and footpad size of 225 climbing animal species including insects, frogs, spiders, lizards and even a mammal. The animals included in size had pads which were up to seven orders of magnitude spaced apart or analogous to the difference in weight between a cockroach and the Big Ben.

Though both gecko and spider use the same adhesive mechanism, the difference in the size of their pads is roughly that of the size between an ant and a human. This ratio proved to matter in how efficient animals could scale walls, the researchers found. For instance, tiny mites use approximately 200 times less of their total body area for adhesive pads than geckos.

“As animals increase in size, the amount of body surface area per volume decreases — an ant has a lot of surface area and very little volume, and a blue whale is mostly volume with not much surface area” explains Labonte.

“This poses a problem for larger climbing species because, when they are bigger and heavier, they need more sticking power to be able to adhere to vertical or inverted surfaces, but they have comparatively less body surface available to cover with sticky footpads. This implies that there is a size limit to sticky footpads as an evolutionary solution to climbing — and that turns out to be about the size of a gecko.”

“Our study emphasises the importance of scaling for animal adhesion, and scaling is also essential for improving the performance of adhesives over much larger areas. There is a lot of interesting work still to do looking into the strategies that animals have developed in order to maintain the ability to scale smooth walls, which would likely also have very useful applications in the development of large-scale, powerful yet controllable adhesives,” says Labonte.

What’s impressive is that most of these different animals — geckos, spiders, insects, frogs etc — independently developed their sticky pads, a prime example of convergent evolution. In other words, they found the same solution to the same problem. It must be a very good solution.

It’s important to note that not all pads are the same. In some species, pad size didn’t increase to match body size, but somehow these still stuck. The obvious explanation is that these animals evolved stickier pads.

“Across all species the problem is solved by evolving relatively bigger pads, but this does not seem possible within closely related species, probably since there is not enough morphological diversity to allow it. Instead, within these closely related groups, pads get stickier. This is a great example of evolutionary constraint and innovation.”

In 2014, Stanford engineers showed off a pair of  gecko-inspired hand pads strong enough to pull the weight of an adult man and to allow him to climb a wall. However, they used adhesive materials — not specially crafted materials that could use van der Waals.