For one tiny instant, physicists break a law of nature 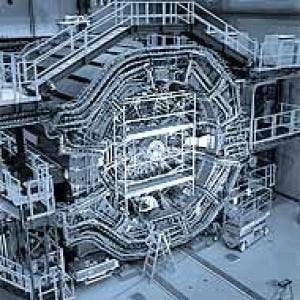 The LHC isn’t the only particle accelerator doing serious business these days; scientists at Brook­haven National Laboratory on Long Island working at the Relativistic Heavy Ion Collider (RHIC) have managed to achieve something that was previously thought to be impossible. In that way, the title is a bit misleading – you cannot really break a law of nature, because that isn’t possible by definition, but you can expand our knowledge and understanding of the world by doing something that was believed to be impossible – and that’s what they did.

The general belief is that you cannot break parity, which means that the Universe is neither right or left handed, if you take a system and inverse its coordinates, you will get exactly the same thing, but inversed. But the so-called weak force, which is responsible for radioactivity breaks the parity law, at least according to research performed by a dozen particle physicists, including Jack Sandweiss, Yale’s Donner Professor of Physics.

The team created a “quark-gluon plasma”, which has a temperature of over four trillion degrees Celsius (!), and is believed to have existed just after the Big Bang. They smashed together nuclei traveling at 99.999% the speed of light, and the plasma that resulted was so incredibly powerful that a tiny cube of it with sides measuring about a quarter of the width of a human hair has enough energy to power the whole United States for an entire year.

“A very interesting thing happened in these extreme conditions,” Sandweiss says. “Parity violation is very difficult to detect, but the magnetic field in conjunction with parity violation gave rise to a secondary effect that we could detect.”

The results were so unexpected, that they took an entire year to study them before publishing; even so, the results only suggest a break of parity, they don’t prove it beyond the point of doubt.

“I think it’s a real effect, but we’ll know more in the upcoming years,” Sandweiss says.

Hopefully, understanding this will increase our understanding of the Universe even further, as well as answer some questions that have been puzzling scientists for years, including why we don’t see any antimatter.