The Russian forgotten twin of the LHC.

by Mihai Andrei
in Great Pics, Other 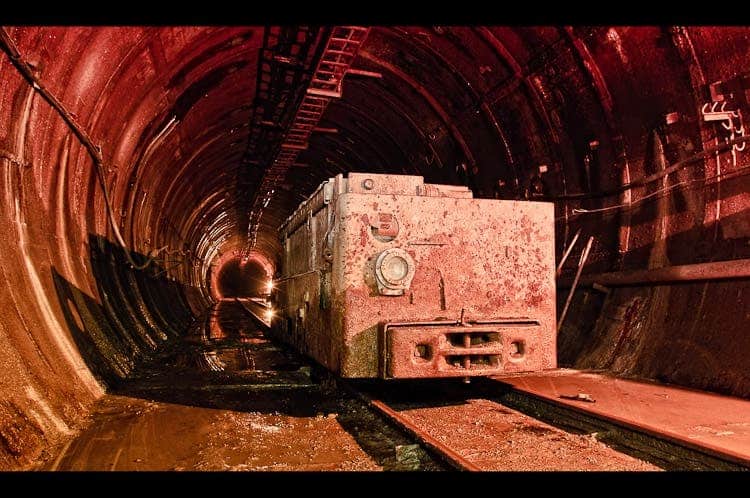 Pretty much everyone, at least everyone who gives a damn about science, knows about the Large Hadron Collider built in Switzerland; basically, it’s a particle accelerator, a device that uses electromagnetic fields to propel charged particles to high speeds and to contain them in well-defined beams, according to wikipedia. But not so many people know about another particle accelerator, built way back east… 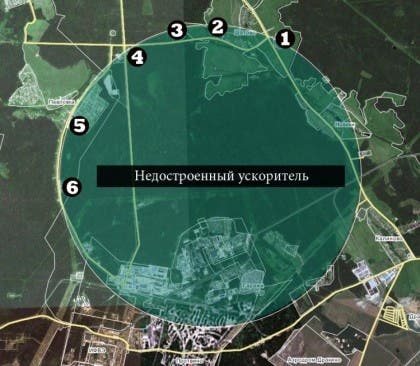 The one in case was built in a small town near Moscow, and at that time, it was the largest particle accelerator in all the world. 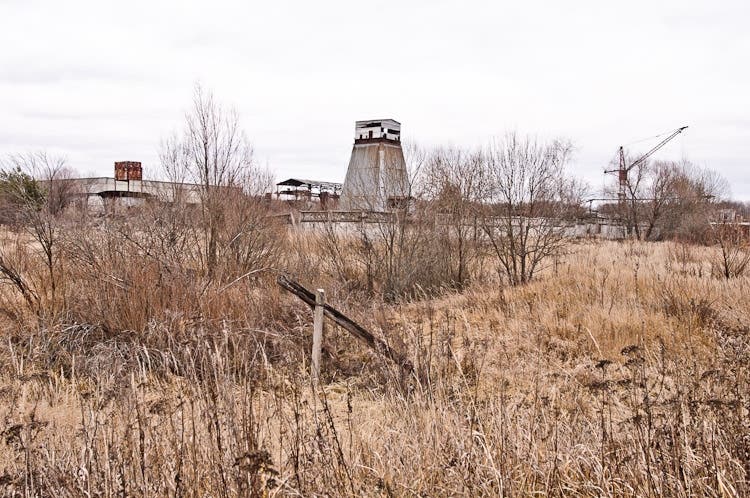 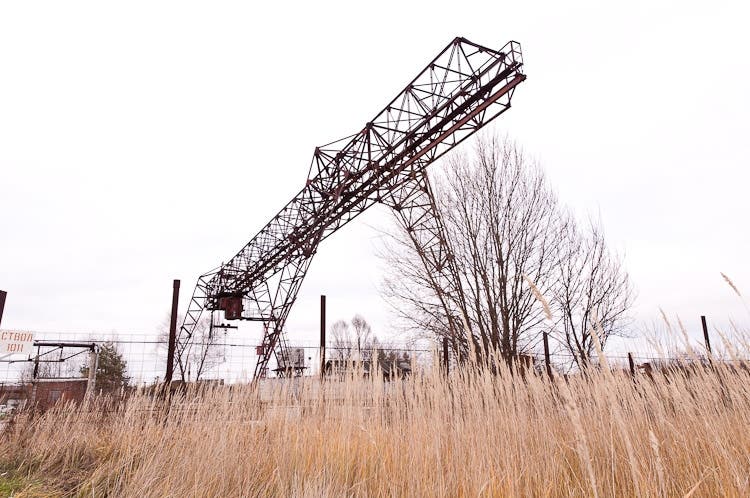 I honestly wouldn’t recommend visiting this place to anybody, but if you were to go there, you would find a whole lot of equipment, few of which is actually in decent shape. 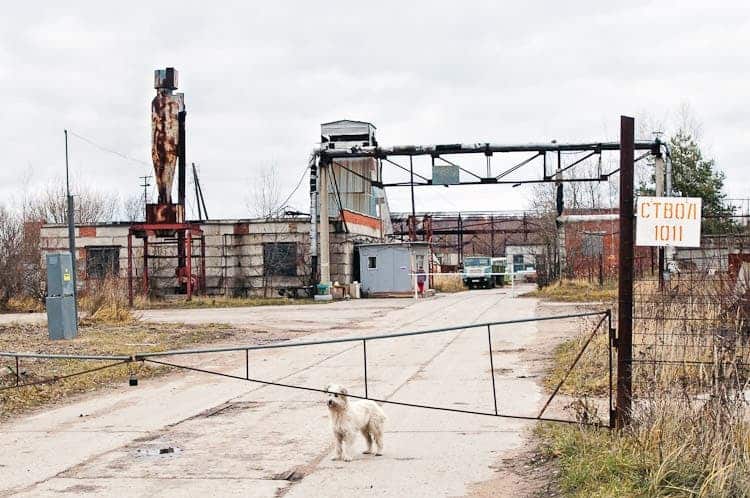 Just a single mine shaft is still in good state, and almost everything that could be stolen, was already stolen – the truck traces give a pretty good indication of that. 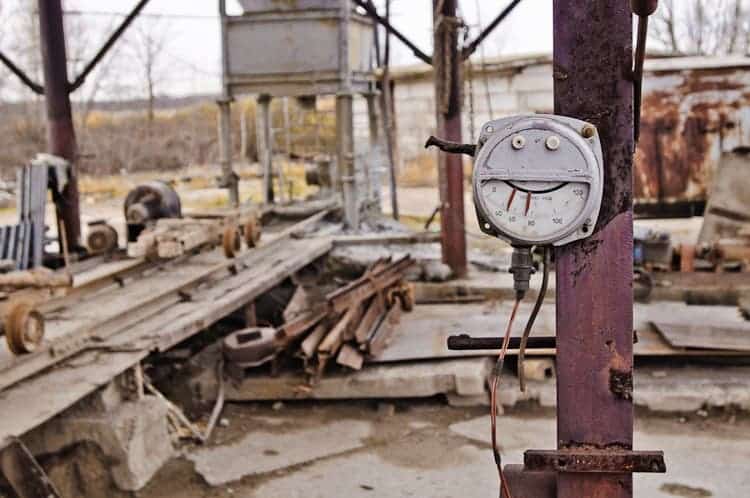 The nature thrives there however, occupying most of the now deserted huge area. 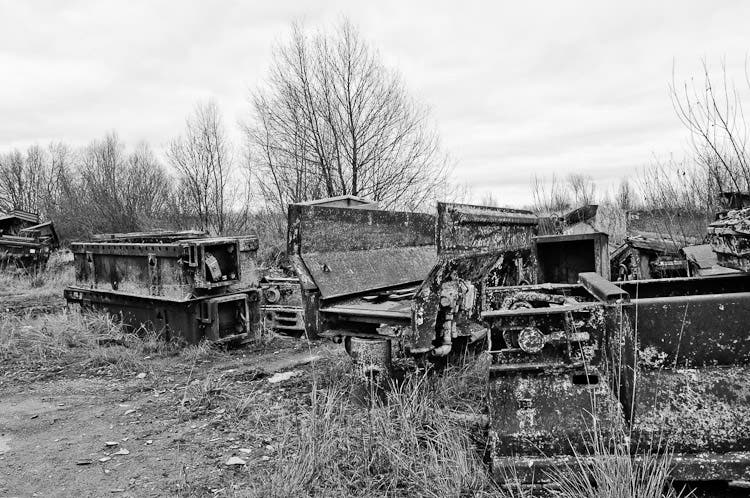 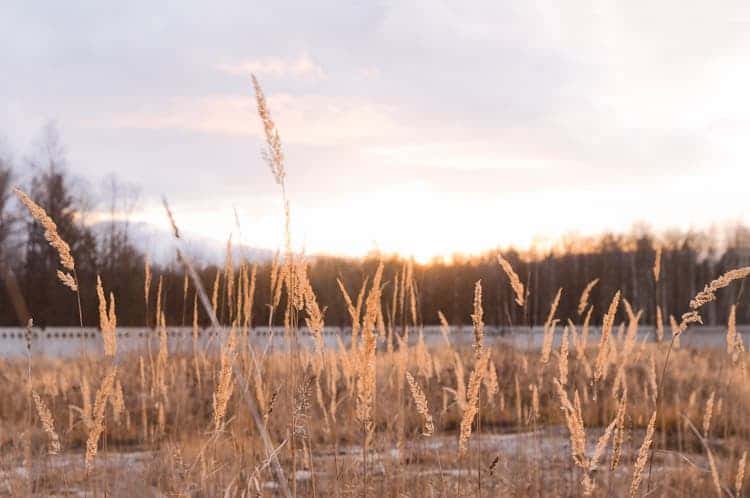 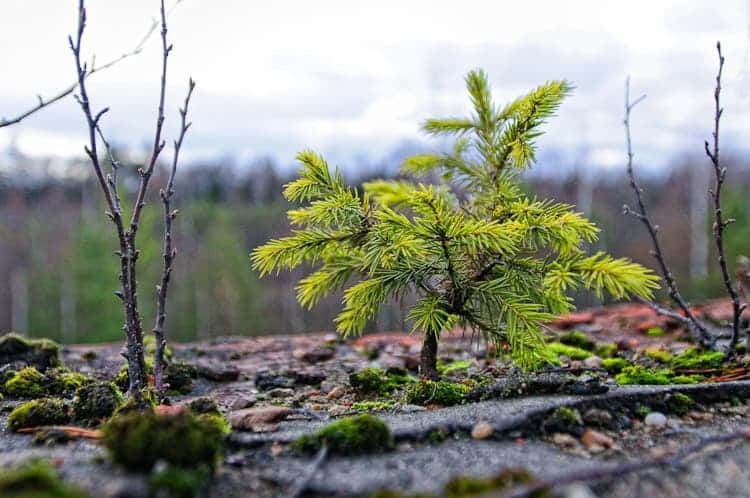 Inside the particle accelerator, a whole new world opens. 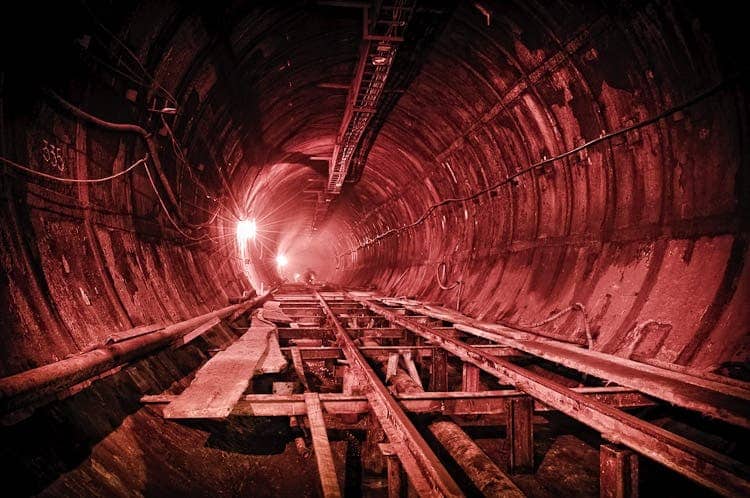 The length of the tunnel is about as big as an average subway line in Moscow – a city which has the longest subway lines in the world. 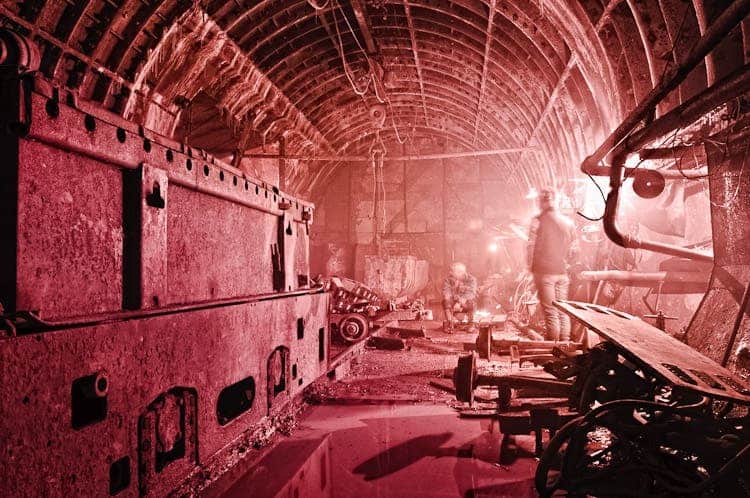 The interesting thing is that there was actually no need for it to be so huge, but the workers only had metro-building equipment, so they worked with what they have – which is why it looks so much like a subway. 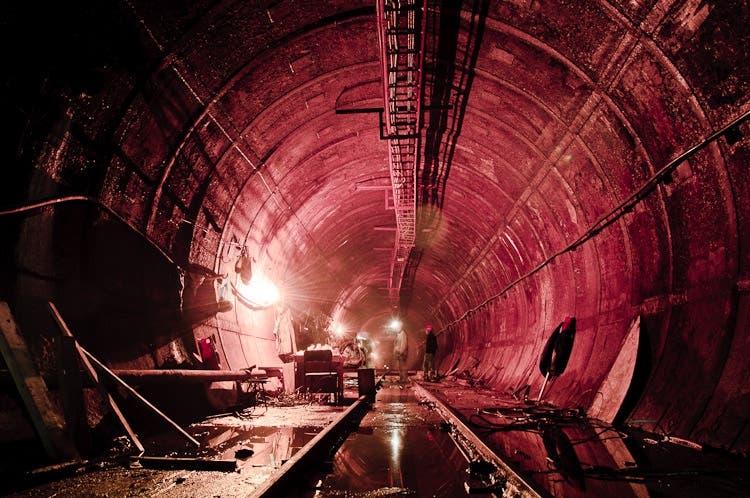 Honestly, I don’t know about you, but these pictures make me thing of the Roadside Picnic or computer games, never would it cross my mind that this place could have been a particle accelerator. 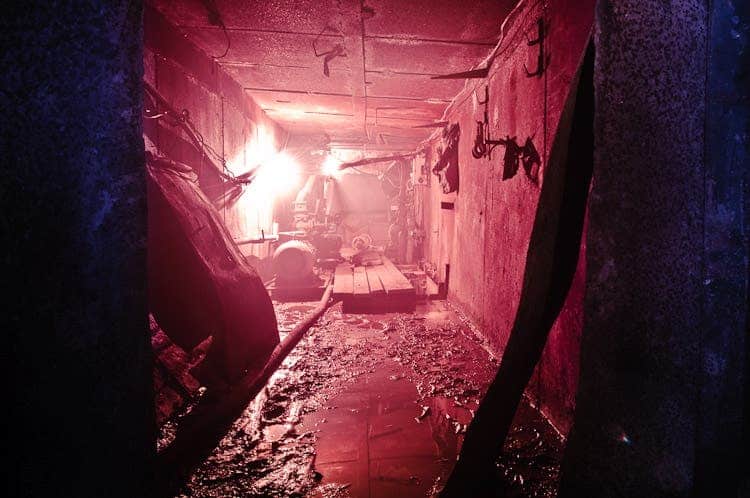 However, this one never went active, due to the collapse of the Soviet Union and the problems that came along with it. 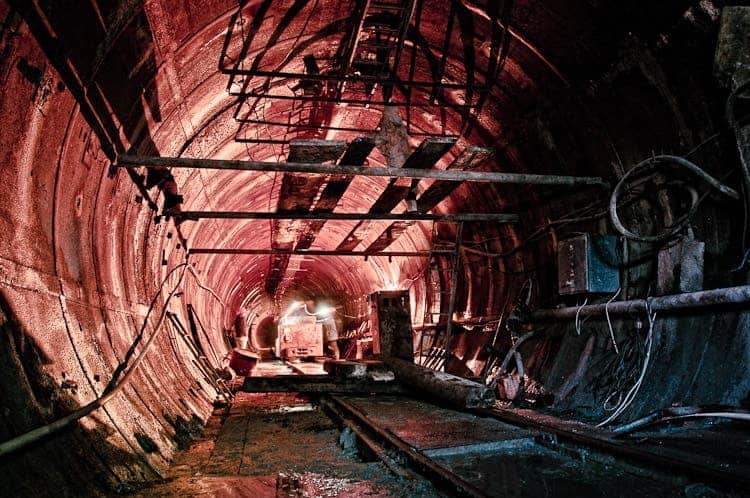 As with most Russian scientific projects, there isn’t really muh information available, so little is known about what could have been if this half finished particle accelerator would have ever “seen the light of day”. 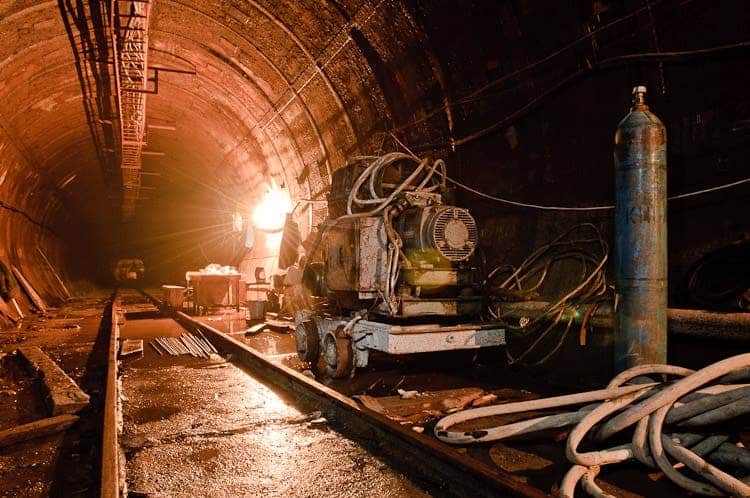 Mystery lurks throughout the huge corridors, and you can find even the most amazing things inside, such as a table with chairs, newspapers, and even cups – probably somebody had fun there not so long ago.

What will happen now to this giant structure is not really clear, but it is a pity for something this imposing to be left unfinished. 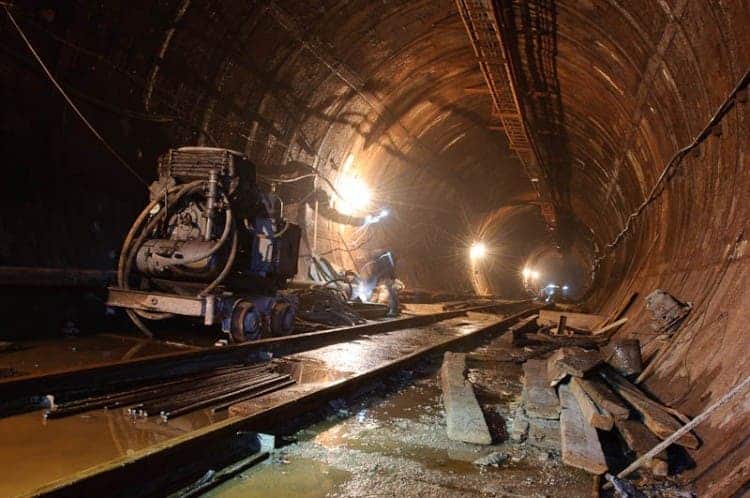 Sorry for the photoshopping of some pictures, I couldn’t find them without it. 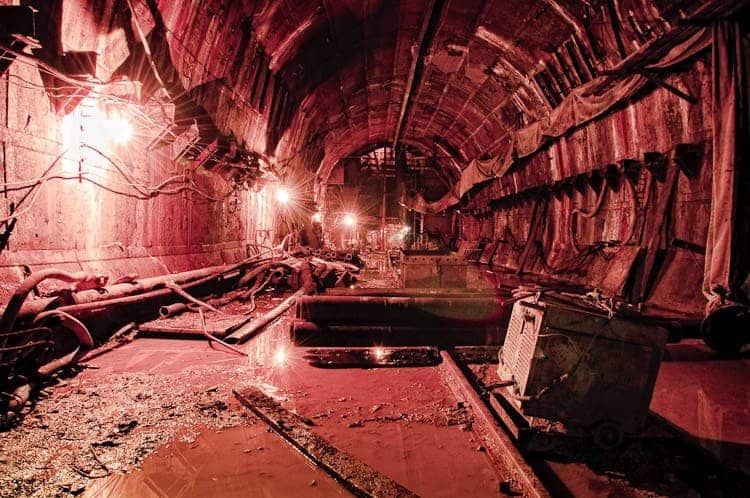 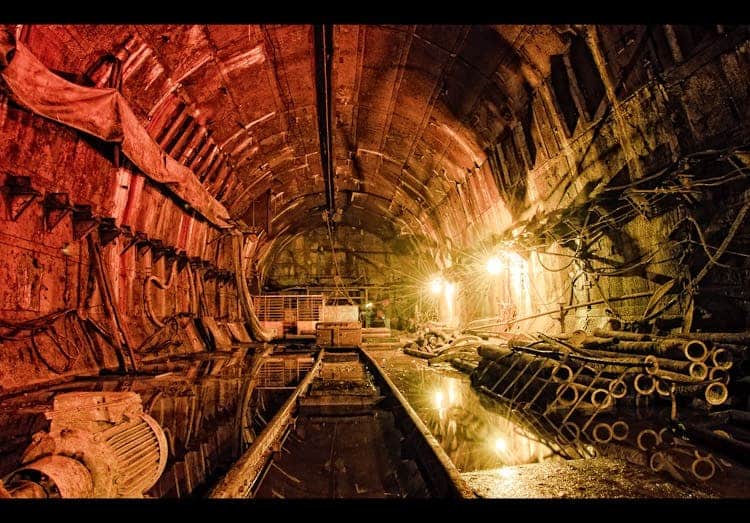 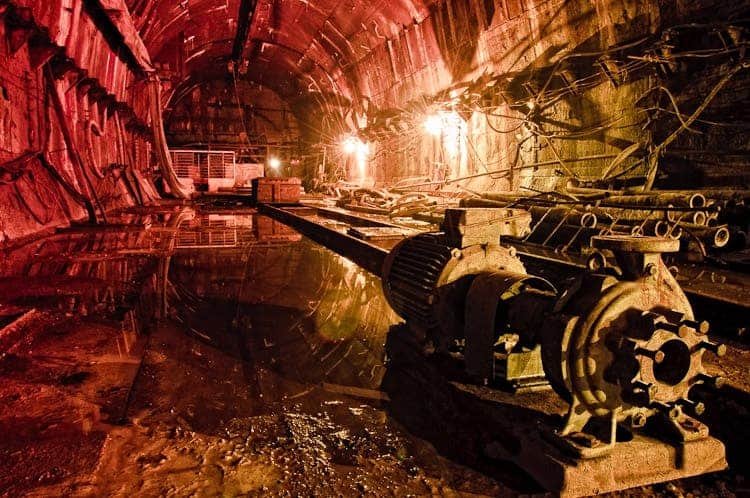