by Tyler MacDonald
in Physics, Research, Science, Space
Reading Time: 2 mins read
A A
Share on FacebookShare on TwitterSubmit to Reddit

After three years of scouring nearly a mile underground in a former gold mine in Lead, South Dakota as a part of the Large Underground Xenon (LUX) experiment, a team of scientists have announced that they have come up empty handed in their search for the elusive dark matter. 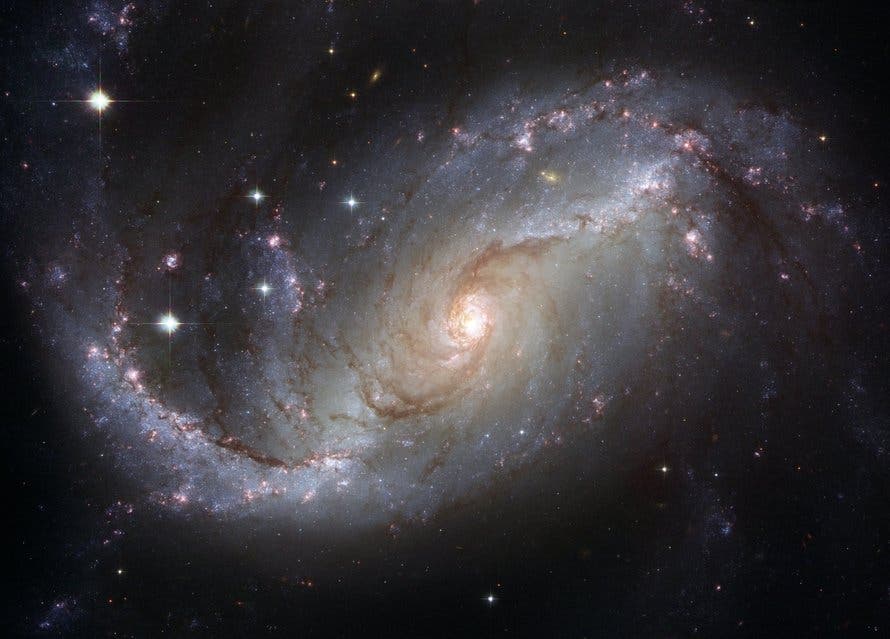 As of now, dark matter – which makes up approximately 27 percent of the mass and energy in the observable universe – has never been directly observed. Instead, its existence has been inferred from its gravitational effects and recent research has even connected the mysterious form of matter to the existence of black holes.

The LUX experiment is one of three looking for the unique matter – the second is taking place on the International Space Station, and the third is attempting to create it using the Large Hadron Collider, the world’s largest and most powerful particle accelerator that also discovered the Higgs boson particle.

The team examined more than 4,800 feet of Earth in their search in order to screen out background radiation. Using a large vat of liquid xenon, they attempted to create a flash of light when weakly interacting massive particles (WIMPs) bounced off of the super-cooling liquid.

Many scientists believe that WIMPs are the most viable dark matter candidates, although their failure to detect any in the LUX experiment means that they might have to consider alternative possibilities.

Hundreds of millions of dark matter particles are believed to pass through the Earth every second, but their weak nature makes them hard to detect.

“Over 80 percent of our matter is in this dark matter form,” said Richard Gaitskell of Brown University and co-investigator of the study. “You and I are the flotsam and jetsam; dark matter is the sea. That’s why one doesn’t give up. We’ve got to figure out what this dark matter component is.”

Despite failing to find any dark matter, the team exceeded their technological goals for the project.

“We’re sort of proud that it worked so well and also disappointed that we didn’t see anything,” said Daniel McKinsey, a University of California, Berkeley physicist and one of two scientific spokesmen for the project.