by Mihai Andrei
in Chemistry, Physics
Reading Time: 3 mins read
A A
Share on FacebookShare on TwitterSubmit to Reddit

Aerogels are fantastic materials – typically, they are synthetic porous ultralight material derived from a gel, in which the liquid component of the gel has been replaced with a gas. They are ultra-light, and have numerous practical applications – most notable as insulators, but also in the pharmaceutical and cosmetic industry, in biology and chemistry research, and many, many more; and guess what? Graphene can help here too! 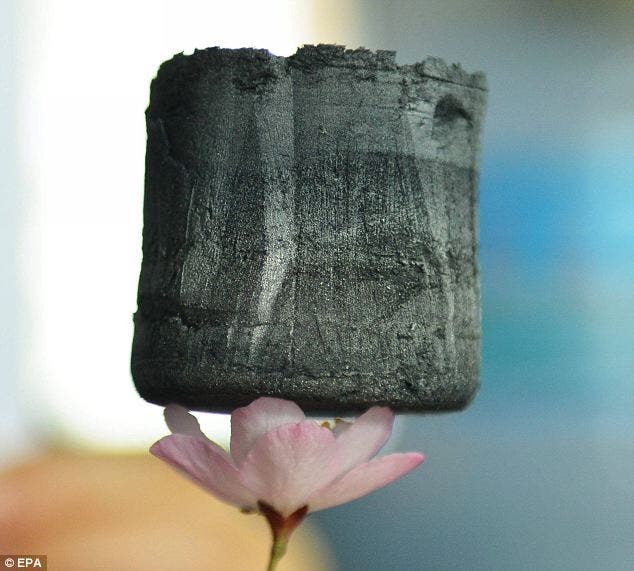 Graphene, of course, isn’t a gas – it’s a substance composed of pure carbon, with atoms arranged in a regular hexagonal pattern similar to graphite, but in a one-atom thick sheet. The first aerogels have been created in 1931 by American scientist and chemical engineer, Samuel Stephens Kistler, but since then, the crown of ‘lightest material’ has been passed down a lot. A “multiwalled carbon nanotube (MCNT) aerogel” dubbed “frozen smoke” with a density of 4 mg/cm3 lost its world’s lightest material title in 2011 to a micro-lattice material with a density of 0.9 mg/cm3. Less than a year later, aerographite claimed the crown with its density of 0.18 mg/cm3. 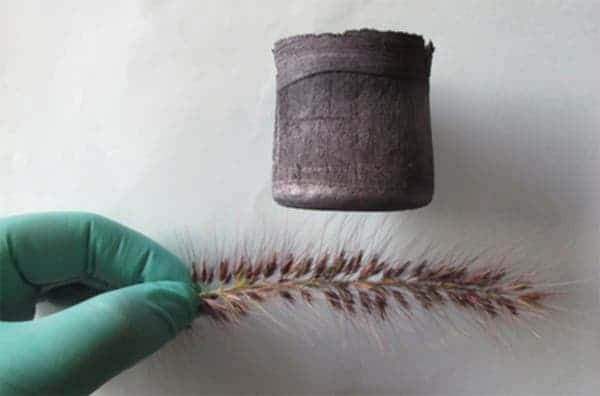 Now, the new title holder is a graphene aerogel created by a research team from China’s Zhejiang University in the Department of Polymer Science and Engineering lab headed by Professor Gao Chao. The team used a relatively unusual technique to create it: a freeze-drying method that involved freeze-drying solutions of carbon nanotubes and graphene to create a carbon sponge that can be adjusted to any shape. 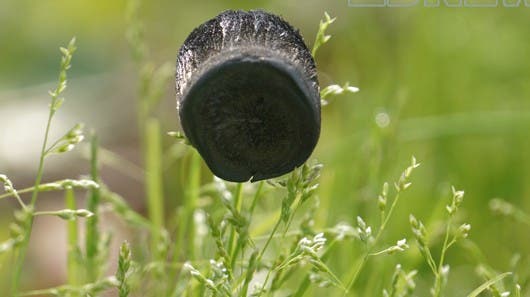 “With no need for templates, its size only depends on that of the container,” said Prof. Gao. “Bigger container can help produce the aerogel in bigger size, even to thousands of cubic centimeters or larger.”

The result is, as always with graphene, a material that is very strong and extremely elastic, bouncing back after being compressed. It can also absorb up to 900 times its own weight in oil and do so quickly. A very interesting application of this aerogel is in oil spills – a single gram of aerogel able to absorb up to 68.8 grams of organic material (such as oil) per second.

“Maybe one day when oil spill occurs, we can scatter them on the sea and absorb the oil quickly,” said Gao. “Due to its elasticity, both the oil absorbed and the aerogel can be recycled.”

The findings are further detailed in the journal Nature