by Mihai Andrei
in Inventions, Physics

A few months ago, we were telling you about the mind boggling properties the new material called graphene has, and how practical uses will not take long to follow. Apparently, things moved even faster than we expected them – Berkeley researchers have created the first ever graphene audio speaker: an earphone. Their quality, even in raw state is superior both physically and electrically than a pair of commercial Sennheiser earphones. 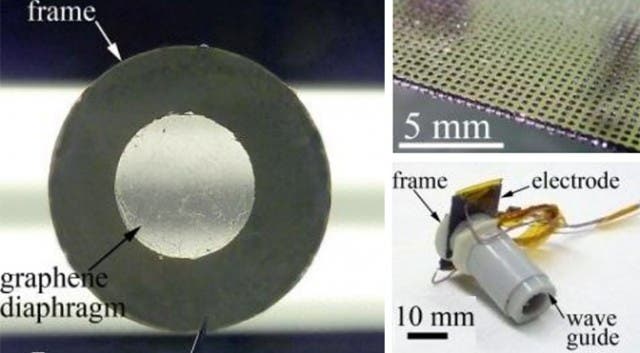 A loudspeaker (or earphone or headphone) works by vibrating a (usually) paper cone; these vibrations then produce pressure waves in the air around your ear, and depending on their frequencies, different sounds are produced. Human ears can pick up frequencies between 20Hz (very low pitch) and 20KHz (very high). 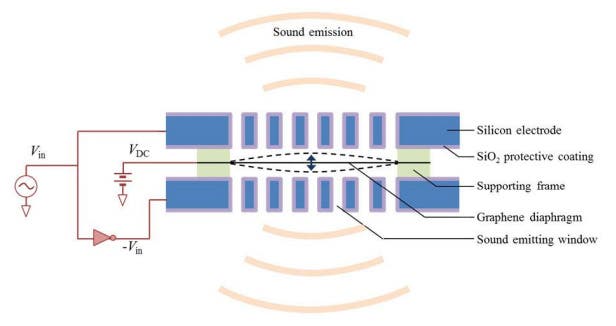 The quality of a speaker is usually defined by how flat its frequency response is – in other words, if it produces the answer just as good regardless of the frequency it is working at. A poorer loudspeaker will only work fine in some frequencies. 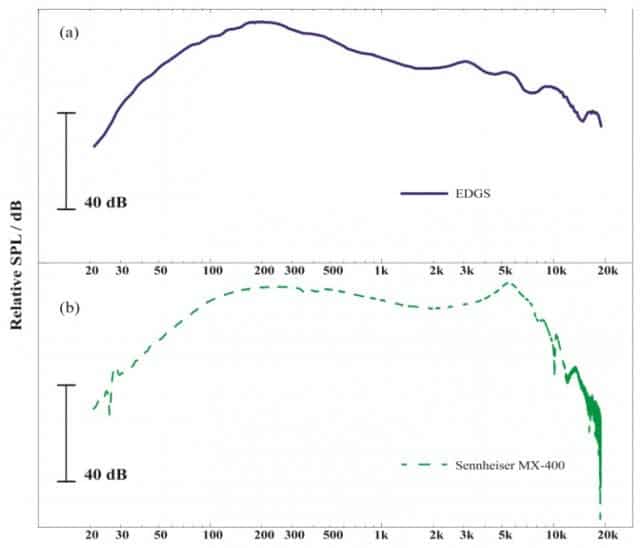 In Berkeley’s graphene earphone, they created a diaphragm (cone) 30nm-thick, 7mm-wide from a sheet of graphene. They then placed it between two silicon electrodes, which are coated with silicon dioxide to prevent any shorting if the diaphragm is driven too hard. If you apply power to the electrodes, an electrostatic force is created, causing the diaphragm to move, and depending on the frequency at which it is vibrating, create different sounds.

Given graphene’s fantastic properties, we should’t really be surprised that it does so good; traditional headphones must be padded, restricted – while graphene requires no damping. This is because graphene is so strong that the diaphragm can be incredibly thin, and thus very light, requiring no future intervention. Also, because it works like this, it is also very energy effective.

So to sum it up, what do we have? We have a raw, completely untuned, unoptimized graphene earphone with a superior frequency response to a magnetic coil that has been the target of decades of research and development – for real; and if this wasn’t impressive enough, here’s another thing: it’s perfectly scalable. That’s right, you can create really big loudspeakers and not lose any quality at all. I just decided what I want for Chritmas.