In the aftermath of September’s highly controversial announcement, that a particle with a speed larger than that of the light was recorded, CERN has announced that it has been re-running the experiment, in order to test the validity of the first. 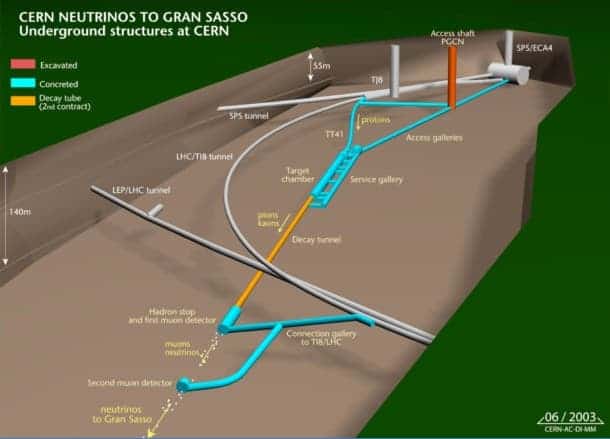 Now of course, when you claim you have a neutrino going faster than the speed of light, you have to back it up with the heaviest of arguments. If correct, this theory would make Einstein’s theory obsolete, and render much of our modern physics useless. Either way, there have been some serious questions raised about the experiment itself, and the conditions of the particle accelerator. Critics asked whether CERN properly accounted for Earth’s rotation, or queried the statistical analysis of the results, or if there is simply some system error.

It’s this last type of questions that CERN wants solved as soon as possible, in order to continue working without additional pressure and uncertainty floating above their heads. As theoretical physicist Matt Strasser notes in this blog post, CERN’s original experiment wasn’t designed with highly accurate time correlations in mind. OPERA’s main research program is observing neutrino oscillations, and puts a premium on generating large numbers of neutrinos.

“Apparently the concerns raised by the community have been strong enough to prompt OPERA to request that the CERN neutrino beam operators … send them short pulses.”