Pregnant women can be reassured there is no risk of autism to their babies due to Tdap vaccine.

by Melvin Sanicas
in Health & Medicine, Science
Reading Time: 4 mins read
A A
Share on FacebookShare on TwitterSubmit to Reddit

Pertussis, also known as whooping cough, can last a long time – sometimes over two months (hence, it is also called the “100-day cough”). It is a respiratory infection caused by the bacterium Bordetella pertussis and can be particularly dangerous and potentially life-threatening in infants. After fits of several coughs, someone with pertussis often needs to take bouts of deep breaths which result in a “whooping” sound. Click here to hear how whooping cough sounds in a child. Coughing can be so severe that it is hard for babies to feed, drink, or breathe. The best way to protect against pertussis is by getting vaccinated.

What vaccines are available?

DPT refers to a class of combination vaccines against diphtheria, pertussis, and tetanus. DTaP and Tdap refer to similar combination vaccines in which the component with a lower case “a” is acellular (does not contain complete cells). The lower case “d” and “p” indicate smaller concentrations of diphtheria pertussis components. Tdap is for everyone 11 years and older, including pregnant women, while DTaP is for children 2 months through 6 years of age.

There has been a recent resurgence of pertussis despite widespread childhood vaccination particularly during the gap between birth and receipt of the first vaccine dose at around 2 months of age. The first dose may provide some protection against fatal infection, but full protection is not achieved until completion of all the required doses. Immunization of pregnant women to protect newborns through transplacental transfer of antibodies has been proposed and is recommended in some countries.

Yes! One of the largest-ever studies, published in Pediatrics, looked at the effectiveness of prenatal vaccination against pertussis.  It found that the vaccine is more than 91% effective in preventing the life-threatening infection in the first 2 months of life. This is higher than the average 85% protection provided by the DTaP vaccine after the second shot recommended for babies at 4 months.

Another study published in the American Journal of Preventive Medicine shows the effectiveness of the Tdap vaccine for infants whose mothers receive the vaccine during pregnancy. The study reviewed more than 675,000 pregnancies in the U.S. from 2010-2014. Researchers looked at hospitalizations and outpatient visits for pertussis in the infants through 18 months of age. The clinical outcomes show that the immunity passed from the mother to the fetus during pregnancy protected the infant during the first six months of life before the infant completes the full course of the pertussis vaccine themselves. The study found that in the first six months of life for infants whose mothers were immunized during pregnancy, there was a 75% reduction of pertussis hospitalizations.

Naturally, mothers want to be sure that the vaccine is safe. Research has shown there is no link between Tdap vaccination during pregnancy and the risks of preterm delivery or low birth weight. A recent study of almost 82,000 children born over a 4-year period showed that Tdap vaccination given to mothers was not associated with increased risk of autism spectrum disorder in children. This retrospective cohort study looked at the autism diagnosis for children born at Kaiser Permanente hospitals in Southern California between 2011 and 2014. The study was published in Pediatrics. The research showed that 569 (or 1.5%) children whose mothers received the Tdap vaccination were later diagnosed with autism, compared with 772 (or 1.8%) children whose mothers did not get the vaccine. 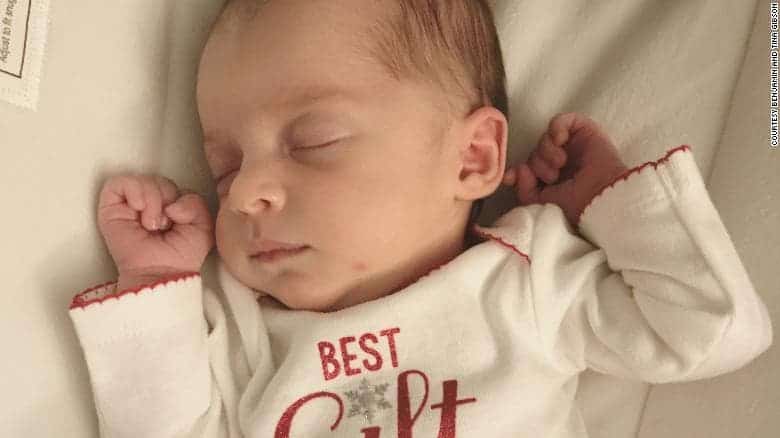 The Centers for Disease Control and Prevention, the American College of Obstetricians and Gynecologists and the American College of Nurse-Midwives recommend Tdap vaccination in pregnant women regardless of prior vaccination status, at any time during pregnancy. The vaccine should preferably be administered between 27 and 36 weeks gestation so as to maximize antibody transfer from the mother to the baby. In 2013, the CDC started recommending that all women receive the Tdap vaccine during every pregnancy in order to pass the immunity on to the fetus. With this recent study, pregnant women can be reassured that there is no indication of an increased risk of autism spectrum disorder in children after being exposed prenatally to the Tdap vaccine.