Some works will come straight from the Vatican.

by Mihai Andrei
in Art, History, Science
Reading Time: 3 mins read
A A
Share on FacebookShare on TwitterSubmit to Reddit

The Universities of Cambridge (UK) and Heidelberg (Germany) have teamed up to digitize and organize hundreds of early modern Greek manuscripts – including classical texts and some of the most important treatises on religion, mathematics, history, drama and philosophy – and make them available to anyone with access to the Internet.

Cambridge and Heidelberg are some of the world’s oldest universities, founded in 1209 and 1386, respectively. They are also two of the universities with the richest medieval collections. However, these archives, which also include numerous Vatican manuscripts, are locked up from most people. Even researchers who are allowed to study them must ensure that they follow strict safety standards. As a result, many of these works are understudied — or not studied at all.

The two universities will now make the entire archives completely free, not only to scholars and students but also to everyone in the world. Dr. Veit Probst, Director of Heidelberg University Library, said:

“Numerous discoveries await. We still lack detailed knowledge about the production and provenance of these books, about the identities and activities of their scribes, their artists and their owners – and have yet to uncover how they were studied and used, both during the medieval period and in the centuries beyond.”

“The meanings of the annotations and marginalia in the original manuscripts have yet to be teased apart. From such threads, a rich tapestry of Greek scholarship will be woven.” 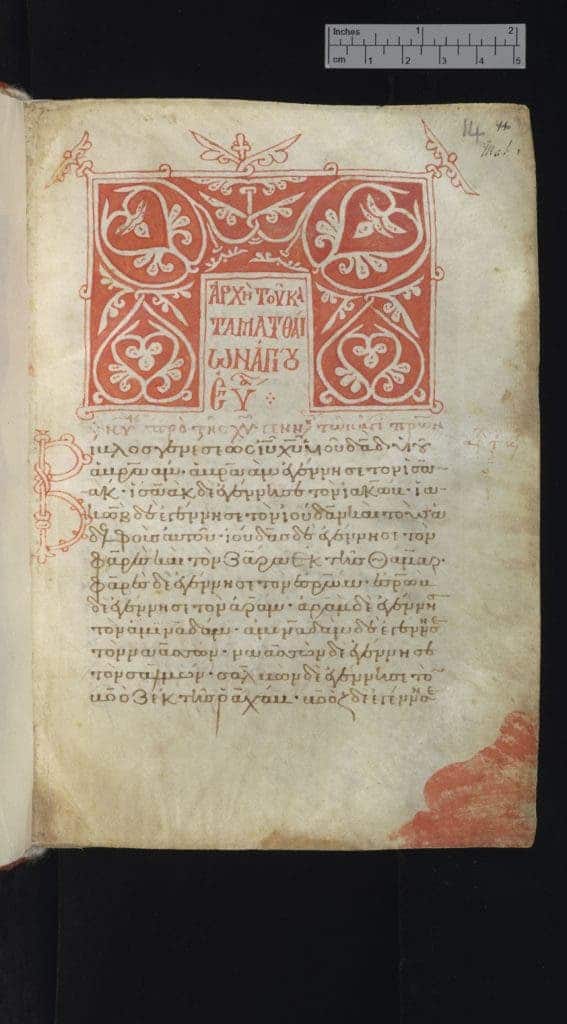 Heidelberg University has already digitized 38,000 volumes, and the Heidelberg’s Digital Library has been visited by scholars and members of the public in 169 countries — indicating a large appetite for the collections, which could not otherwise be fulfilled. Cambridge Digital Library can also boast some impressive digital archives, including the works of Charles Darwin, Isaac Newton, Stephen Hawking, and Alfred Lord Tennyson.

This latest effort will digitize works far older than those of Darwin and Newton, however. It’s a perfect example of old meets now, and of how modern technology can help us better understand and decipher ancient history.

“The works of Homer and Plato were copied and recopied throughout the medieval period and the early biblical and liturgical manuscripts are profoundly important for our understanding of a Christian culture based on the written word. These multilingual, multicultural, multifarious works, that cross borders, disciplines and the centuries, testify to a deep scholarly engagement with Greek texts and Greek culture that both universities are committed to upholding.”