Reflections of NASA – 1$ invested in space exploration brought 8$ back

by Mihai Andrei
in Space, Space flight
Reading Time: 1 min read
A A
Share on FacebookShare on TwitterSubmit to Reddit

I recently came across this delicious post, written when NASA celebrated 50 years of age, in 2008; it has some great insights, and I honestly recommend reading it. But a few ideas really stood out to me.

Because of NASA, Armstrong said:

“Our knowledge of the universe around us has increased a thousand fold and more. We learned that Homo sapiens was not forever imprisoned by the gravitational field of Earth. Performance, efficiency, reliability and safety of aircraft have improved remarkably. We’ve sent probes throughout the solar system and beyond. We’ve seen deeply into our universe and looked backward nearly to the beginning of time.” 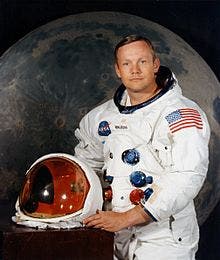 Space exploration created a much needed diversion – instead of a true war. But aside from the enormous scientific benefits, NASA is still an investment – and an investment that paid off. The current estimates say for every dollar we spend on the space program, the U.S. economy receives about $8 of economic benefit, and that’s definitely something. Still, it shouldn’t really be about the money…

“Our highest and most important hope is that the human race will improve its intelligence, its character, and its wisdom,” said Armstrong, as he concluded his speech.