by Tibi Puiu
in Animals, Other
Reading Time: 3 mins read
A A
Share on FacebookShare on TwitterSubmit to Reddit 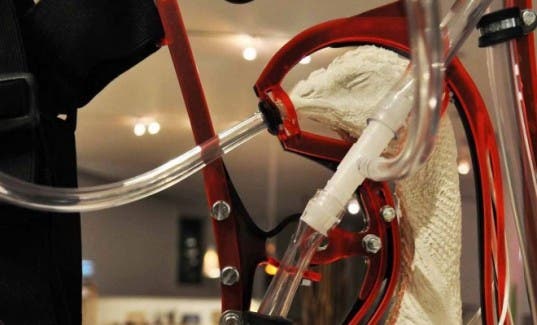 Each year, billions of chickens are raised all over the world with the sole purpose of providing meat at the end of their couple of weeks-long lives. The animals are  forced to live in precarious conditions, thousands lined up next to each other, and are stuffed with nutrients designed to make them grow a lot faster than they can handle, often leading their hearts or lungs to fail before they even get to meet the hatchet. A lot of ethical debate has been circulating around animal farming for decades now, activists arguing that it’s inhumane to treat any being to such suffering. Still, man’s gotta eat, right?

Architecture student André Ford has a solution which he believes will spare animals, doomed to be nothing more than living stacks of meat, of all their suffering – severing their frontal cortexes and, thus, effectively rendering them brain-dead. Still alive, yet unconscious, the chickens would be raised in vertical racks, leading to an increase in productivity from 1 chicken per 10 cubic feet to nearly 4 chickens in the same area. 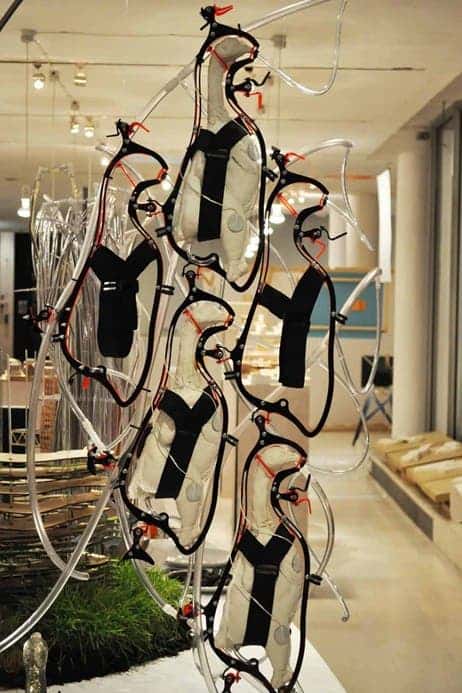 Completely immobile, suspended and with their feet cut-off, the chickens would be plugged to a tube directly connected to the esophagus, which feeds nutrients and water, while another carries the waste away. It all begins to resemble the Matrix scenario, all of a sudden, however instead of a alternate reality, the chickens are left to a pitch black consciousness. There isn’t any red or blue pill. There isn’t any choice, not that they had any in the first place. You see, Ford’s concept raises a myriad of ethical issues at hand, but how can you contest it without being a hypocrite?

Ford argues that his solution is no more shocking than existing food production techniques. “The realities of the existing systems of production are just as shocking,” he told Wired.co.uk, “but they are hidden behind the sentimental guise of traditional farming scenes that we as consumers hold in our minds and see on our food packaging.” 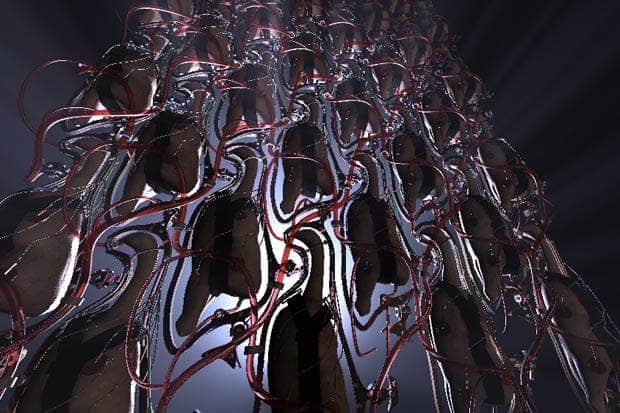 While lobotomizing the chickens will certainly spare them of great suffering, the act itself is cruel. The concept is terribly disturbing, and if applied, it would surely be passed along to other livestock currently raised for meat, like pigs and cattle. This prospect alone is enough, for me at least, to ban such idea from fruition. It might actually spread to a real-life Matrix scenario in which humans, clones most certainly, are raised for body parts, organs and stem cells. There’s no such thing as a “small-compromise” – it always leads to another, and the lesser evil isn’t necessary the best solution.

It’s worth noting that the idea is still a concept, nothing of the sorts has been implemented and it’s likely it will never be. No actual chickens were harmed for this project or photo illustrations. Your thoughts are much appreciated on the issue and your invited to share them in comments section below this post, however, I beg you to be as objective as possible.