A new study suggests obesity may play an important role in flu transmission.

by Melvin Sanicas
in Diseases, Health & Medicine, Science
A A

Overweight and obesity are conditions where a person has accumulated an excessive amount of fat that may impair their health. A simple index used to classify overweight and obesity is the body mass index (BMI), which is defined as a person’s weight in kilograms divided by the square of his height in meters (kg/m2). To learn more about obesity, BMI and how it is measured, check this information page from the World Obesity Foundation and the video below. 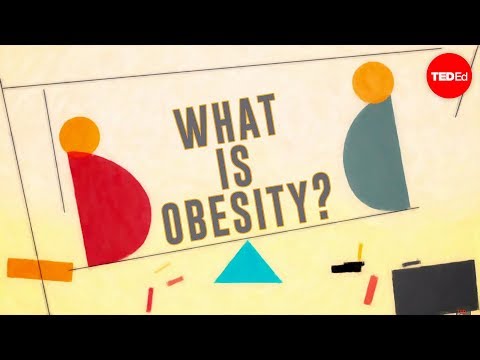 A high BMI is a major risk factor for non-communicable diseases such as cardiovascular diseases (mainly heart disease and stroke), diabetes, musculoskeletal disorders (especially osteoarthritis – a highly disabling degenerative disease of the joints), and some cancers (including endometrial, breast, ovarian, prostate, liver, gallbladder, kidney, and colon). The risk of these non-communicable diseases rises with increases in BMI.

Available data suggest that obese people are more likely than people of normal weight to develop infections of various types including postoperative infections (infections after surgical procedures) and other nosocomial infections (infections that are acquired in a hospital or other healthcare facility). Scientists already know that obesity increases a person’s risk of suffering from severe complications from influenza. Previous epidemiologic studies in Morbidity and Mortality Weekly Report and PLoS Medicine showed an association between obesity and severe complications and death from influenza, especially in the elderly. However, recently researchers who studied households in Managua, Nicaragua over three flu seasons found that it takes obese adults about 1.5 times longer to shed the virus than non-obese adults. This was published in the Journal of Infectious Diseases (JID).

Dr. Aubree Gordon from University of Michigan School of Public Health, a senior study co-author, said in a press release from the Infectious Diseases Society of America (IDSA) that the findings are the first real evidence that obesity might affect more than just disease severity; “it might directly impact transmission as well.”

The researchers monitored two groups including 1,783 people from 320 households during three flu seasons from 2015 to 2017. Among the group, 87 were infected with influenza A while 58 were sickened by influenza B. It took obese adults with two or more symptoms 42% longer to shed the influenza virus compared to adults who were not obese. Moreover, obese adults who had no symptoms or had milder infections shed the virus for 104% longer. However, obesity did not increase viral shedding in children ages 5 to 17 or for adults who had influenza B illness.

The researchers cannot say for sure how obesity could extend viral shedding in those with flu; however, it is a known fact that obesity alters the immune system and can lead to chronic inflammation, which also increases with age. The researchers also note that obesity can make breathing more difficult and increase the need for oxygen. They also suggest that chronic inflammation triggered by obesity could be responsible for increased shedding of influenza A. Reducing obesity rates can have the benefit of limiting the spread of viral diseases, the authors said. Further research is needed to determine whether the flu virus shed over longer periods by obese patients is infectious and if it is able to infect others.

A commentary on the study was included in the same JID issue by Dr. Stacey Schultz-Cherry of St. Jude Children’s Research Hospital who was not involved in the study. Dr. Schultz-Cherry noted that more studies are needed to determine whether the longer shedding duration in obese people is correlated with increased viral load and shedding of infectious viral particles.

She added that this report of longer shedding of virus and a recent study of exhaled breath in college students — which found a link between obesity and the amount of flu virus shedding — suggest that obesity may play an important role in flu transmission. This link has important public health implications, including a threat of more flu transmission that goes along with increasing obesity prevalence. Dr. Schultz-Cherry noted that strategies to prevent flu could be a challenge because of poor vaccine response in overweight and obese populations.