by Alexandru Micu
Reading Time: 4 mins read
A A

Blasting high-powered acoustic waves at tsunamis could break their advance before reaching the shoreline, a new theoretical study has shown. 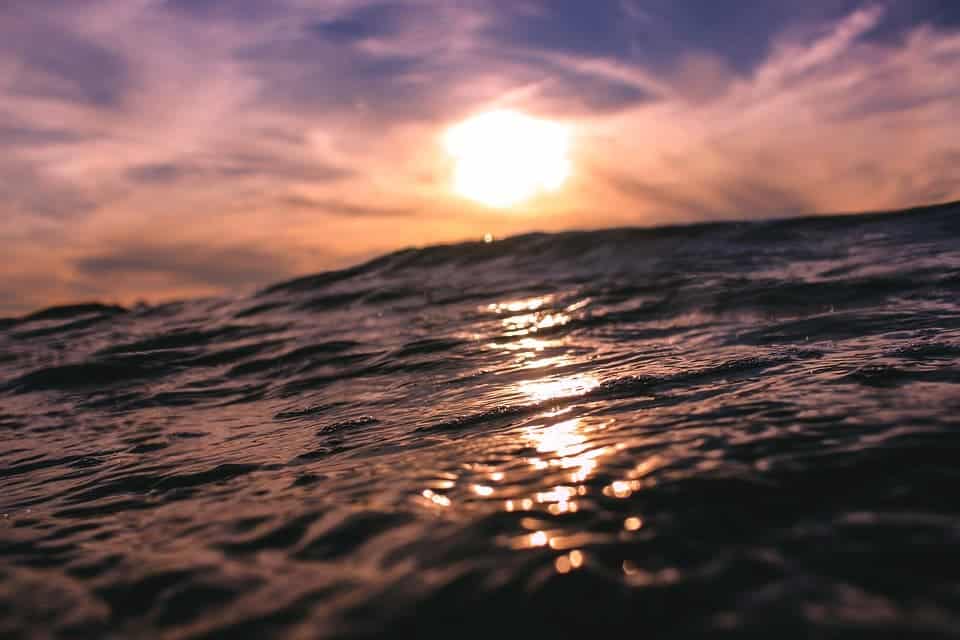 Tsunamis are one of the most dramatic natural phenomena we know of, and they’re equally destructive. These great onslaughts of water are powered by huge amounts of energy — on a level that only major landslides, volcanoes, earthquakes, nukes, or meteorite impacts can release. And when they reach a coastline, all that water in motion wipes infrastructure and buildings clean off.

Traditionally, there are two elements coastal communities have relied on against tsunamis: seawalls and natural barriers. Seawalls are man-made structures that work on the principle of an unmoving object, resisting the wave’s kinetic energy through sheer mass. Natural barriers are coastal ecosystems, typically mangrove forests or coral reefs, that dissipate this energy over a wider area and prevent subsequent floods. Each approach has its own shortcomings however, such as high production and maintenance cost or the risk of being overwhelmed by a big enough tsunami.

Dr Usama Kadri from Cardiff University’s School of Mathematics thinks that the best defense is offence — as such, she proposes the use of acoustic-gravity waves (AGWs) against tsunamis before they reach coastlines.  Dr Kadri proposes that AWGs can be fired at incoming tsunamis to reduce their amplitude and disperse energy over a larger area. Ok that’s cool, but how does it work?

Waves are a product of the interaction between two fluids (air-water) and gravity. Friction between wind and the sea’s surface causes water molecules to move sideways and on top of one another, while gravity pulls them back down. Physically speaking, ‘waves’ are periodic wavetrains — and as such, they can be described by their period (length between two wave crests), amplitude (height), and frequency (speed).

One thing you can do with periodic waves is make them interfere constructively or destructively — you can ‘sum up’ two small waves to make a bigger one, or make them cancel out. Apart from a different source of energy, tsunamis are largely similar to regular waves, so they also interfere with other waves. Here’s where AGWs come in.

Think of AGWs as massive, sound-driven shock-waves. They occur naturally, move through water or rocks at the speed of sound, and can stretch for thousand of kilometers. Dr Kadri shows that they can be used to destructively interfere with tsunamis and reduce their amplitude before reaching the coast. Which would prevent a lot of deaths and property damages.

“Within the last two decades, tsunamis have been responsible for the loss of almost half a million lives, widespread long-lasting destruction, profound environmental effects and global financial crisis,” Dr Kadri writes in her paper. “Up until now, little attention has been paid to trying to mitigate tsunamis and the potential of acoustic-gravity waves remains largely unexplored.”

“The main tsunami properties that determine the size of impact at the shoreline are its wavelength and amplitude in the ocean. Here, we show that it is in principle possible to reduce the amplitude of a tsunami, and redistribute its energy over a larger space, through forcing it to interact with resonating acoustic–gravity waves.”

Her paper also shows that it’s possible to create advanced warning systems based on AGWs, which are generated with the tsunami and induce high pressures on the seabed. She also suggests harnessing these natural AGWs against tsunamis, essentially using nature’s own energy against itself.

The challenge now is to develop technology that can generate, modulate, and transmit AGWs with high enough accuracy to allow for interference with tsunamis. She admits that this won’t be easy to do, particularly because of the high energy required to put a dent in the waves.

The full paper “Tsunami mitigation by resonant triad interaction with acoustic–gravity waves” has been published in the journal Helyion.