Take a trip on the ISS and grow some plants.

“Welcome to the International Space Station! As the newest member of the ISS crew, it’s your task to familiarize yourself with the station, and help out with the plant growth experiment” — App description. 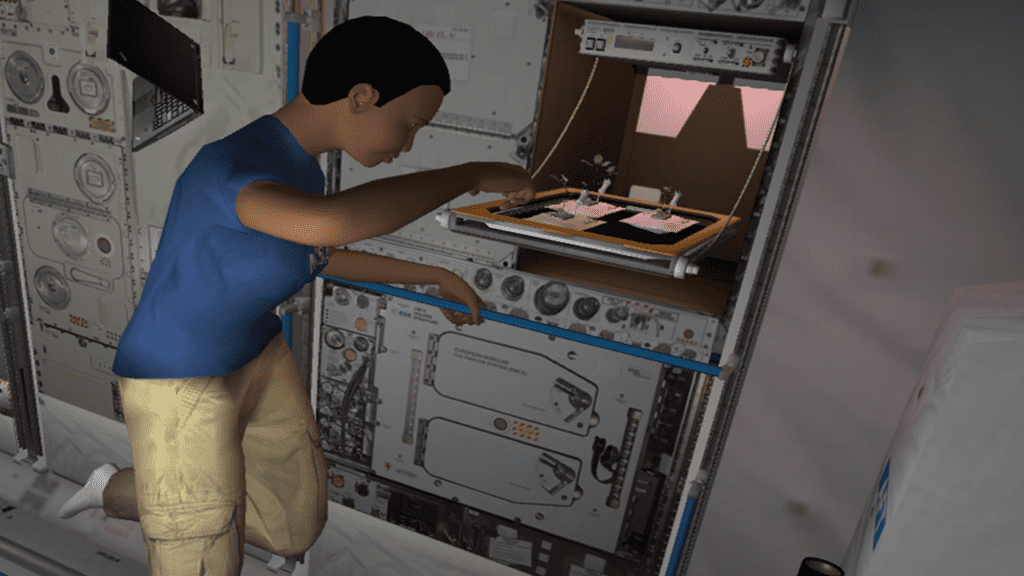 Released last month, NASA Science Investigations: Plant Growth is both fun and educational. As a former avid Sims player, I feel the NASA’s app has many similarities to the classic app. You go around the ISS, interact with another astronaut, and solve various tasks.

For starters, you learn to navigate the ISS just like a real astronaut would, and the game is an exact replica of the real thing. Everything is similar, every shelf is there. After that, you start talking to another astronaut, Naomi, who convinces you to start growing some plants. This is the highlight of the game and it mimics a real experiment. NASA is actively researching growing plants in outer space and the ISS has a real blooming garden.

“In anticipation of long duration missions in the future, plant growth in space will become more important for several reasons,” Sharon Goza IGOAL Project Manager at NASA-Johnson Space Center, told Gizmodo. “Growing plants for food in space not only provides a variety of nutrients, but also may provide psychological benefits.”