Japanese university professor taught students how to produce MDMA, risks up to 10 years in prison

Japanese Breaking Bad? Not really -- this time it's about science, not profit.

by Mihai Andrei
in Chemistry, News
Reading Time: 2 mins read
A A
Share on FacebookShare on TwitterSubmit to Reddit

Tatsunori Iwamura reportedly admitted teaching his students how to produce MDMA to “further their knowledge” of pharmaceuticals. 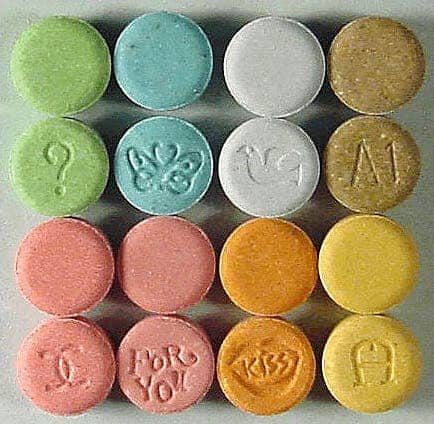 The 61-year-old professor Matsuyama University in the Ehime prefecture teaches a pharmaceutical course. Wanting to spice things up, Iwamura instructed an associate professor and two then-students to produce MDMA in class between 2011 and 2013. The professor took the drugs in his possession after they were produced.

MDMA traces were not found, but investigators found traces of another designer drug (5F-QUPIC) at the lab

Although the situation might seem similar to the plot of Breaking Bad, where a high school chemistry teacher starts producing crystal meth after being diagnosed with cancer, in this case, there’s no indication that it was about profit. Rather, it was about science. Iwamura allegedly did it to give students an interesting topic to work on and to further research on MDMA.

The problem is that even for academic purposes, you need to have a license to produce this type of drugs — a license which Iwamura did not have (he had one from a different prefecture, but it had expired). According to university officials, the associate professor thought Iwamura had the license, while the other students involved in the production were not aware that a license was required. In total, 11 students produced the drug under Iwamura’s instructions.

Now, the professor risks up to 10 years in jail, though it is unlikely that he will be given the maximum sentence. Even if he is cleared of the charges, he will probably not be working at the university again.

“We sincerely apologize for causing major concern to students and their parents,” said Tatsuya Mizogami, president of the university.

MDMA, commonly known as ‘Ecstasy’, is a psychoactive drug primarily used as a recreational drug. Common effects include altered sensations and increased energy, empathy, and pleasure. However, in recent years, MDMA has increasing shown treatment potential, with the FDA recently classifying it as a “breakthrough treatment” for PTSD. Other research shows that the perceived risks associated with the drug consumption have been greatly exaggerated. More and more studies seem to support MDMA’s therapeutic value, but the fact that it is so hard to conduct research on it delays the research process.

So far, there is no indication that Iwamura produced the drug for personal use or for commercialization.