by Tibi Puiu
in Health & Medicine, Mind & Brain, News
A A
Share on FacebookShare on TwitterSubmit to Reddit

One of the reasons why people with obesity may overeat is because they don’t enjoy sweets as much as lean people. But does obesity itself alter a person’s taste buds or do certain foods cause changes in taste buds, leading to an increase in appetite and ultimately obesity? According to a new study, high-sugar diets deaden sensitivity to sweets, fueling overeating patterns and obesity — at least in fruit flies. In the future, drugs that correct dietary sweetness might one-day curb the obesity epidemic that is looming over the entire world.

Monica Dus, a professor of molecular biology at the University of Michigan, led a team of researchers who performed a complex investigation of the relationship between obesity and sweet receptors in fruit flies (Drosophila melanogaster). These tiny creatures might not sound like the perfect model for studying obesity in humans, but the reality is that fruit flies have a surprisingly similar metabolism. We can never ask a fly if it “enjoys” food but we do know that both humans and fruit flies love sugar and fat, producing the “feel good” neurotransmitter dopamine when eating it. The fruit fly’s brain cells also use many of the same proteins and molecules. And yes, fruit flies can get obese too.

In order to isolate the effects of sugar and taste receptors, the researchers first fed genetically obese flies which were never exposed to high dietary sugar — their taste response did not change. However, when the researchers fed a lot of sugar to flies that were genetically modified not to store fat, they stayed thin but lost their ability to taste sweets.

This told the researchers that the ability to taste sweets changed due to the diet, not because of the symptoms of obesity. In another experiment, the researchers fed flies a diet similar to artificially sweetened diet soda and sugar. Only the flies eating real sugar lost their sweet-tasting ability, suggesting that sugar and not the sweet taste of food caused the changes.

“We know it’s something specific about the sugar in the diet that’s making them lose their taste,” Dus said in a statement.

Both fruit flies and humans have a sugar sensor located on the taste buds called O-GlcNAc transferase (OGT) that measures how much sugar is being absorbed by cells. When the OGT taste cells were manipulated by the researchers, a high-sugar diet no longer caused changes in taste, and those flies didn’t overeat despite copious amounts of sugar freely available to them. Previously, OGT had been associated with obesity-related conditions such as diabetes and heart disease in humans.

Drugs that target OGT might one-day help people who are overweight or feeling addicted to sugar by correcting their sweet taste sensation. Such a solution, however, might be years away. In the meantime, the researchers recommend that people pay closer attention to the amount of daily sugar they are ingesting. Virtually all processed foods and drinks contain added sugar, which makes it extremely easy to overshoot your daily sugar allowance. 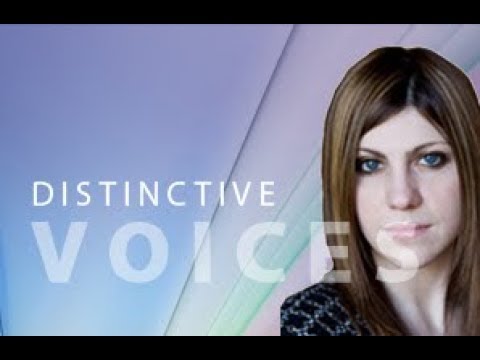 A one-hour-long presentation by Monica Dus on the effects of dietary sugar on taste perception, food intake, and obesity.

The American Heart Association (AHA) recommends no more than 6 teaspoons (25 grams) of added sugar per day for women and 9 teaspoons (38 grams) for men. Yet, the average American consumes 17 teaspoons (71.14 grams) every day.

“I think if you try to keep added sugars out of your diet, you’ll probably be totally fine, you won’t have problems with changing taste and overeating,” said Christina May, first author of the study and a doctoral student in Dus’ lab. “All of us try to avoid the added sugars. That’s important.”

The findings appeared in the journal Cell Reports.