The most far-flung ablums ever.

by Alexandru Micu
in News, Space, Space flight
Reading Time: 2 mins read
A A
Share on FacebookShare on TwitterSubmit to Reddit

A new Kickstarter campaign plans to bring the golden records to the public.

Some 40 years ago, NASA was launching two daring spacecraft to boldly go where no man has reached — deep space. These were the Voyager probes, and each of them was given a golden-plated copper record with greetings from Earth for any alien species they might encounter. Ten copies of the golden records were made before launch, most of them being on display in various NASA facilities.

So, needless to say, they’re exceedingly hard to get your hands on. Even Carl Sagan, who led the golden record project, couldn’t get a copy.

But now, in anticipation of the 40th anniversary of Voyager launches (which took place on 5 September/20 August 1997,) David Pescovitz from the website Boing Boing and Institute for the Future, Timothy Daly of Amoeba Music, and designer Lawrence Azerrad have joined forces to create near-exact replicas of the records. They’ve put together a Kickstarter campaign which will be open until Oct. 21st. It has already passed it’s goal by a lot, however, showing people are willing to shell out a lot of cash for a piece of scientific history. Twenty percent of the net proceeds will be donated to the Carl Sagan Institute at Cornell Uni. 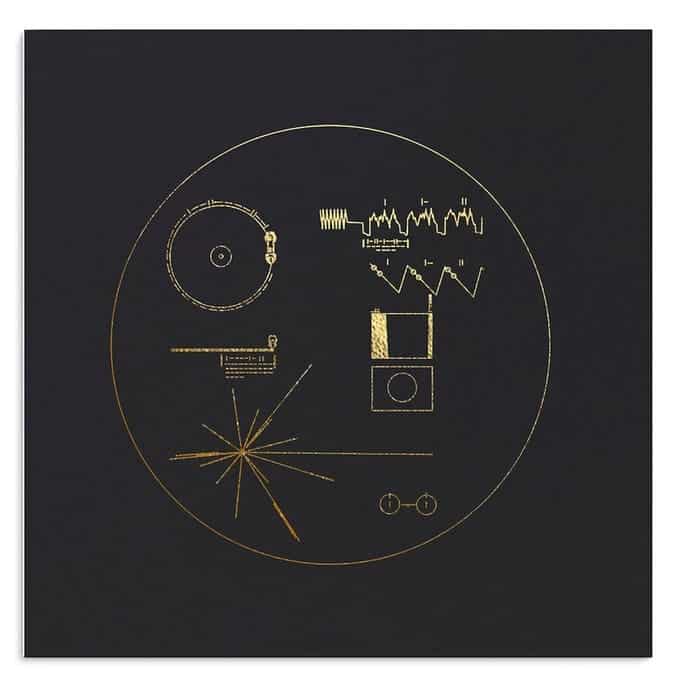 The original records were adorned with images showing the human race and explaining the crafts’ origin. They had 27 musical tracks from around the world grooved into their surface, the work of artists ranging from Beethoven to Chuck Berry along with greetings recorded in 55 different languages and natural sounds — thunderstorms, volcanoes, a baby crying, and several animal calls.

For a $98 pledge, you’ll receive three translucent gold vinyl LPs, a hardbound book, a digital download card for all the audio and a lithograph of the iconic Voyager Golden Record cover diagram. Various other themed gifts are available for donations of $10 and up. The records are expected to ship in August 2017.

Hopefully, one day some friendly neighbors will bring our far-flung records back.