The artificial spider silk is non-toxic and the manufacturing process is sustainable.

Scientists at the University of Cambridge designed a super-stretchy yet strong fiber made almost entirely out of water. It mimics spider silk, which is one of nature’s strongest materials, and could be used in anything from clothing or electric sensors to construction materials. What’s more, the artificial spider silk is non-toxic and the manufacturing process is sustainable.

Spider silk is stronger and tougher than steel on a per-weight basis. This makes it an extremely appealing material for applications requiring strength and low density at the same time. The new 787 Dreamliner airplane, for instance, is largely made from composite materials, where many different materials are combined to give the right combination of properties.

The extraordinary properties of spider silk have long been recognized. In 1709, for instance, the Sun King, Louis XIV, was offered as a gift a pair of silvery spider-silk stockings, woven from hundreds of painstakingly collected egg sacs. A year later, in a letter to Britain’s Royal Society praising spider silk, the gifts bearer, François Xavier Bon, wrote: “The only difficulty now lies in procuring a sufficient quantity of Spiders Bags to make any considerable work of it.”

The three intervening centuries have brought many technological marvels that poor Bon couldn’t even dream of during his time — but collecting enough spider silk is still challenging. According to Wired, the manufacture of a rare, 11×4 piece of textile from golden orb silk, required one million spiders, 70 workers, and four consecutive years of silk collection. Clearly, we require other methods to produce spider silk at scale and many researchers have proposed various ways to go about it. In 2002, a company called Nexia Biotechnologies tried a somewhat creative route: milking spider goats. These transgenic goats looked and behaved like any other goat. The only difference is their milk produced golden orb spider silk. “The amazing thing, however, is that we’re changing the world from a tiny low-rent sugar farm, and our only machinery is a goat,” CEO Jeffrey Turner told the Times in 2002 while Nexia was still a hot topic. In 2009, it went bankrupt. About 30 of the spider goats are now living on a farm run by Utah State University.

Despite these failed attempts, researchers and startups are still at it. Spiber, a Japanese company, and a California-based startup called Bolt Threads are some of the hottest companies experimenting with spider silk at the moment. The latest academic research attempting to unravel the secrets of spider silk comes from Dr Darshil Shah from Cambridge’s Department of Architecture, who along with colleagues demonstrated a novel way to design spider silk-like fiber.

The Cambridge silk is spun from hydrogel, which is 98% water and 2% silica and cellulose. The delicate balance and interplay between these different components enable long but sturdy fibers to be spun from the gel. The hydrogel fibers were pulled in thin threads just a few millionths of a meter in diameter. After all the water evaporates, which takes about 30 seconds, what you end up with is a fiber that’s both strong and stretchy. Its strength exceeds that of other synthetic fibers, such as cellulose-based viscose and artificial silks, as well as natural fibers such as human or animal hair. And while the fiber isn’t the strongest spider silk out there, it more than makes up for it in terms of sustainability. The whole process is run at room temperature, unlike other methods that are much more energy intensive and can involve toxic chemicals, as reported in Proceedings of the National Academy of Sciences.

“Although our fibres are not as strong as the strongest spider silks, they can support stresses in the range of 100 to 150 megapascals, which is similar to other synthetic and natural silks,” said Shah. “However, our fibres are non-toxic and far less energy-intensive to make.” 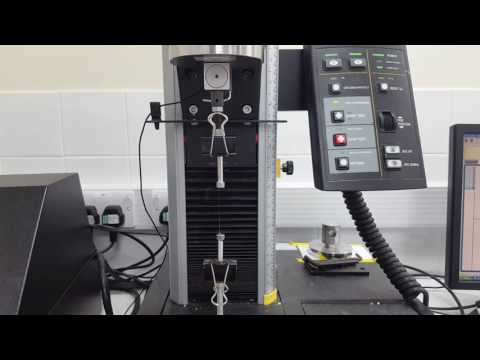 Besides strength, the hydrogel artificial spider silk has a very high damping capacity. In plain English, this means the fibers are similar to bungee cords that can absorb large amounts of energy. This is a special characteristic of spider silk which anyone can plainly notice if you’ve ever seen a spider performing its acrobatics.

What’s more, the same method can be adapted to any type of synthetic fiber really. Many synthetic fibers rely on high-energy and toxic manufacturing, so there’s a great deal of value that might derive from this research.

“We think that this method of making fibres could be a sustainable alternative to current manufacturing methods,” said Shah.

Next for Shah and colleagues is a new study where they plan to explore the fiber’s chemistry even further, and want to make yarns and braided fibers too.