Scientists devise the most promising carbon nanotube transistors yet.

Theoretically speaking, carbon nanotubes are some of the best electrical conductors ever discovered. Transistors made out of these one-atom-thick rolls of carbon ought to be five times faster or five times more efficient than silicon transistors — a holy grail in electronics given silicon is very close to reaching its peak performance. But despite decades of research, carbon nanotubes have failed to live up to this hype — until now. Researchers at the University of Wisconsin–Madison report for the first time carbon nanotube transistors that outperform state-of-the-art silicon transistors.

The biggest challenges researchers face when using carbon nanotubes for electronics is purity. The tubes need to be as pristine as possible for their stellar properties to shine, otherwise they massively underperform. Specifically, metal impurities are the worst since these act like copper wires and disrupt the semiconductor properties (switching current on and off).

Using polymers and a novel technique, the UW-M researchers isolated semiconducting nanotubes with an unprecedented degree of purity — the solution has only 0.01 percent metallic nanotubes.

Another thing that stands in the way of carbon nanotube transistors is their arrangement. When you assemble carbon nanotubes on a wafer, these need to be spaced by just the right distance and in the right order. This has proven very difficult to control as we’re in the nanorange, or scales hundreds of times smaller than the thickness of a human hair.

This challenge was overcome using a technique invented in 2014 called “floating evaporative self-assembly”. This is a self-assembly phenomenon triggered by rapidly evaporating a carbon nanotube solution.

Of course, the previous process used to isolate the semiconducting nanotubes also insulates the tubes from the conducting electrodes. The team solved this minor setback by baking the insulating layer in a vacuum oven which removed this insulating interface.

Finally, a treatment is applied to remove any leftover impurities and residues from the tubes after they’ve been processed in a solution.

Dawn of a new era

The most interesting short-term applications are for wireless communications technologies that require a lot of current flowing across a relatively small area. In the long-run, a decade from now, carbon nanotubes might become ubiquitous in computing. There are also applications in energy since carbon nanotubes can up the efficiency of solar panels.

“In our research, we’ve shown that we can simultaneously overcome all of these challenges of working with nanotubes, and that has allowed us to create these groundbreaking carbon nanotube transistors that surpass silicon and gallium arsenide transistors,” says Arnold, the lead author of the paper published in Science Advances.

Next on the drawing board is scaling down the transistors from the one by one-inch wafer they’ve experimented to match the miniature silicon variety used commercially nowadays. There’s also a plan to experiment with these carbon nanotubes in high-performance radio frequency amplifiers.

“There has been a lot of hype about carbon nanotubes that hasn’t been realized, and that has kind of soured many people’s outlook,” says Arnold. “But we think the hype is deserved. It has just taken decades of work for the materials science to catch up and allow us to effectively harness these materials.” 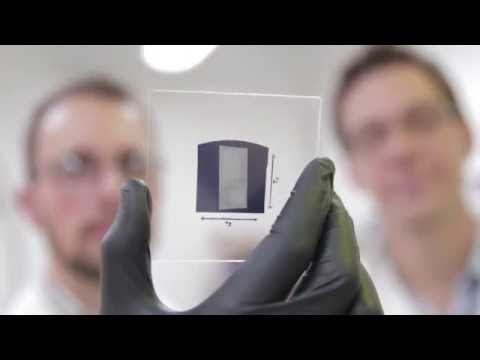