Millions of black holes are lurking in the Milky Way. Here’s how to spot them

by Mihai Andrei
in Astrophysics, News
Reading Time: 3 mins read
A A
Share on FacebookShare on TwitterSubmit to Reddit 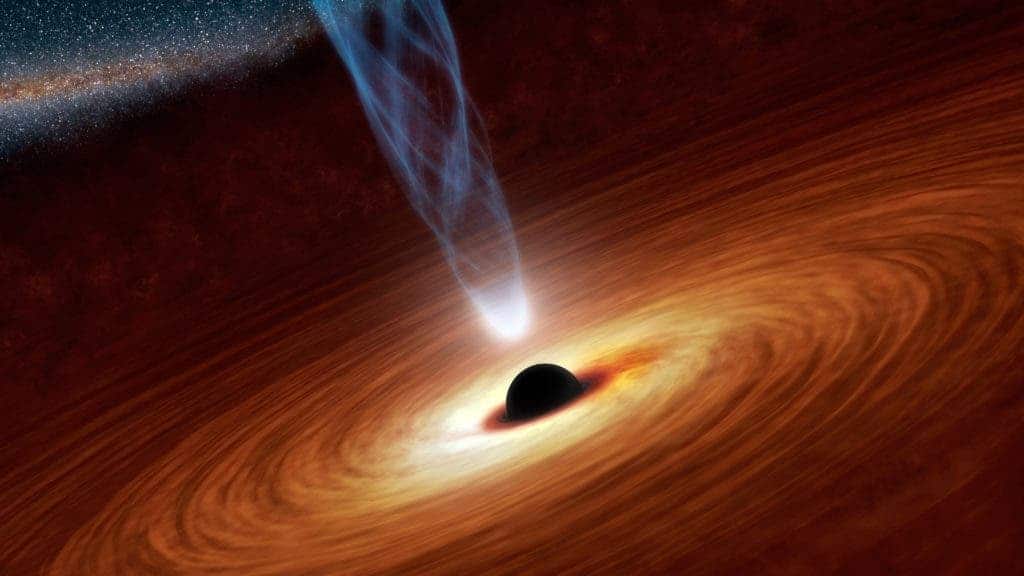 Black holes are the most massive objects in the universe. They’re so massive that light itself can’t escape them — hence the name. All (or almost all) galaxies have a supermassive black hole at their center, millions or billions of times more massive than the sun. But many other black holes are not as huge.

Since the first observations of black holes in the previous century, a few tens of stellar-mass black holes have been detected via X-rays and more recently, gravitational waves. However, black holes are only a very tiny fraction of the black holes that exist in our
Galaxy. All the stellar black holes astronomers have discovered were part of a binary system with a star, which makes them much easier to detect. However, it is believed that there exists a large population of isolated black holes without a companion star.

The key element to this, the researchers argue, is the black holes’ “greed”. With their strong gravitational field, they sip matter from the interstellar medium around them (dust and stuff floating between the stars). However, they’re not very efficient at it: instead of absorbing everything, much of this matter is ejected at great speed. This ejecta, the paper argues, produces radio waves that can be detected — if we can filter it from the surrounding noise.

“A naive way to observe IBHs is through their X-ray emission via accretion of gas in the interstellar medium,” the study reads

“These outflows can possibly make the IBHs detectable in other wavelengths. The outflows can interact with the surrounding matter and create strong collisionless shocks at the interface. These shocks can amplify magnetic fields and accelerate electrons, and these electrons emit synchrotron radiation in the radio wavelength,” Daichi Tsuna of the University of Tokyo and Norita Kawanaka of Kyoto University continue.

While the proposed method is intriguing, it’s not an easy task.

There are currently only a handful of objects that astronomers suspect as isolated black holes — but it’s unclear if this is actually the case. Even if it is, recent research has suggested that there are millions of these objects scattered throughout the galaxy. It’s also not clear if our telescopes have the necessary sensitivity for this task. This is where upcoming arrays, such as the Square Kilometer Array (SKA), whose expected sensitivity surpasses existing radio surveys by orders of magnitude, can come in handy.

However, at the very least, it’s an interesting hypothesis which is probably worth pursuing.

The study has been published in arXiv and was not formally peer-reviewed.