Alcohol and tobacco, not illegal drugs, are the biggest threat to human health

Put that cigarette down, and forget that extra beer.

What should we be more worried of: the legal, fairly common consumption of alcohol and tobacco, or the illegal drugs? Most people would answer the latter, but they’d be wrong. A new study found that the burden of death and disease falls heavily on alcohol and tobacco, both of which are legal and enjoyed by a significant portion of the population. 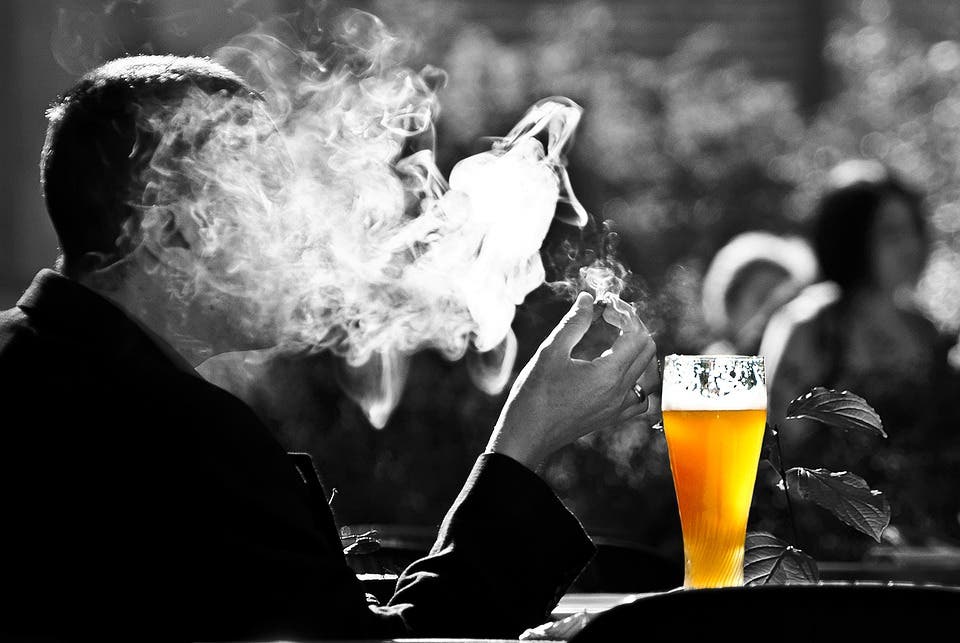 The study compiled the best, most up-to-date data on alcohol, tobacco, and illicit drug use. The study analyzed the impact in terms of disability-adjusted life years or DALY (a measure commonly used to assess health cost) — one DALY is one lost year of healthy life. Researchers found that in 2015, tobacco cost the world 170.9 million DALYs while alcohol cost 85 million DALYs. Meanwhile, illicit drug use turned out to be the lowest of the three, being responsible for “only” 27.8 million DALYs. While still very significant, the damage caused by illegal drugs is dwarfed by alcohol and cigarettes, which are much more common.

Available data suggests that nearly 1 in 7 adults regularly smoke tobacco, and about 1 in 5 drink heavily at least once a month. Europeans seem to take the crown for both smoking and drinking. Central, Eastern, and Western Europe recorded consistently higher alcohol consumption  — 11.61, 11.98 and 11.09 liters of pure alcohol per year, respectively. These areas also recorded the highest smoking figures, at 24.2%, 23.7%, and 20.9% respectively. However, when it comes to drug consumption, US and Canada severely outranked Europe, having one of the highest rates of cannabis, opioid, and cocaine dependence.

The authors explain that mortality rate, however, wasn’t as big in Europe as the alcohol and tobacco consumption would suggest — perhaps being offset by quality, universal healthcare.

“Europeans proportionately suffered more but in absolute terms, the mortality rate was greatest in low and middle-income countries with large populations and where the quality of data was more limited,” the authors wrote.

The authors also note an important limitation of the study: data collection is not equally reliable all over the world, so in some areas, the damage (especially that caused by illegal drugs) might not be properly understood — this is especially the case in Africa, Caribbean, and some regions of Latin America and Asia.

This study shouldn’t be understood in the sense that equal consumption of tobacco/alcohol and illegal drugs are equally damaging — of course, people consume much more alcohol and tobacco than drugs, which is why the damage is much more severe. However, for policymakers, it’s important to understand the biggest burdens to public health, and focus efforts to alleviate it. So put that cigarette down, and skip that extra beer.

The study “Global statistics on alcohol, tobacco and illicit drug use: 2017 status report” by Peacock et al. was published in Addiction.