by Mihai Andrei
in Geology, Other
Reading Time: 2 mins read
A A
Share on FacebookShare on TwitterSubmit to Reddit

I’ve studied geology for four years – and I still haven’t had the chance to see a T-Rex skeleton; this is just one of the reasons why I believe such valuable fossils belong in museums, where they could serve the higher purpose of education, and not in some personal collection, where they serve only the vanity of the rich – especially when it comes to such a rare specimen. 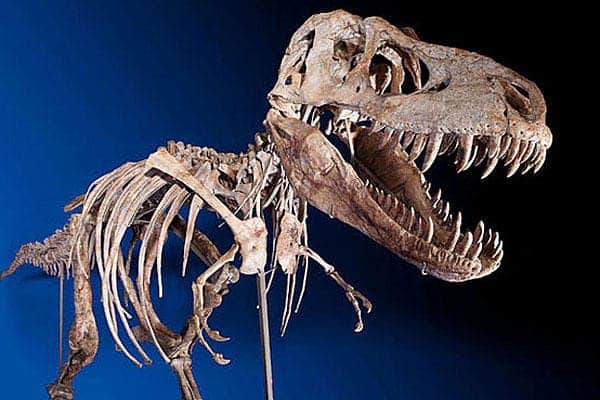 The rare Tyrannosaurus Bataar, seven metres long (23ft), was bought by an anonymous bidder for more than $1m (£630,000) in New York. The sale went on, despite vehement protests from the Mongolian president, who claims the dinosaur, which was found in Mongolia was exported illegally, and perhaps even more important, despite a court order released by a Texas judge which declared the auction illegal.

Robert Painter, the attorney who obtained the court order, stood up at the beginning of the auction with the Texas judge on his cell phone and noted the restraining order; almost everybody was shocked as, despite this turn of events, the attorney was asked to leave and the sale proceeded.

“I am very surprised that Heritage Auctions, Inc. knowingly defied a valid court order, particularly with the judge on the phone, listening and ready to explain his order,” Painter says, in a statement.

We will keep you posted as events continue to unfold.