by Mihai Andrei
in Animals, Biology, Geology
Reading Time: 2 mins read
A A
Share on FacebookShare on TwitterSubmit to Reddit

Sturgeons have been conserved as fossils ever since the early Cretaceous – some 130 million years ago; they are what we call ‘living fossils’. But a new study by University of Michigan researchers revealed that in some aspects, sturgeons are one of the fastest-evolving fish on the planet. 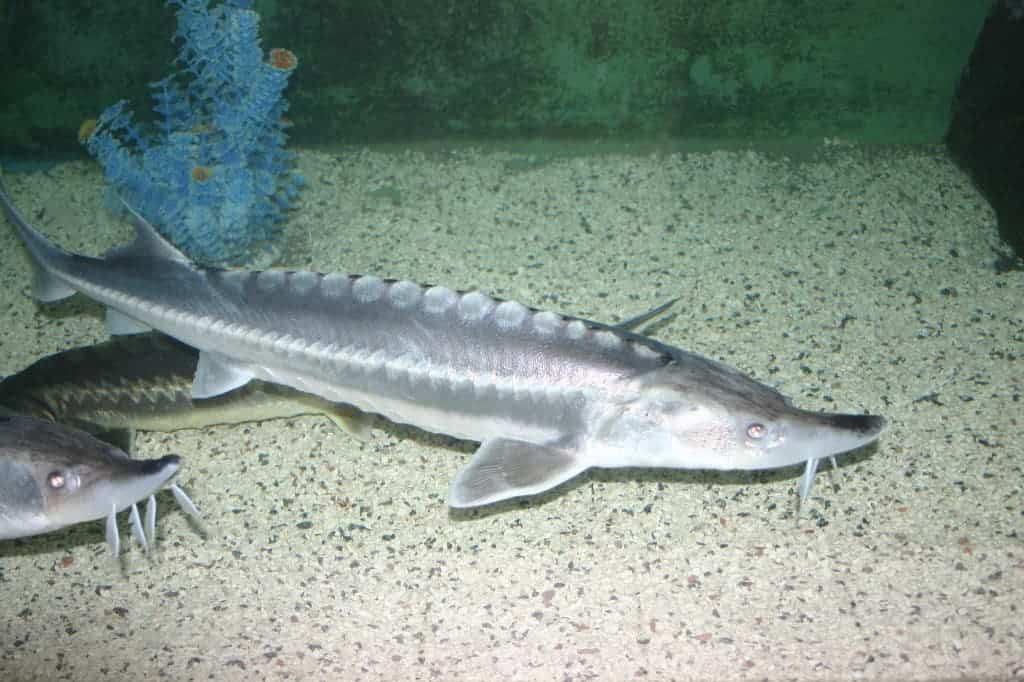 “Sturgeon are thought of as a living fossil group that has undergone relatively slow rates of anatomical change over time. But that’s simply not true,” said Daniel Rabosky, assistant professor in the U-M Department of Ecology and Evolutionary Biology and a curator of herpetology at the Museum of Zoology.

Significant effors are done to protect sturgeons, who are under severe threats due to overfishing, water pollution, river damming and poaching. Their long reproductive cycles, long migrations, and sensitivity to environmental conditions don’t help either. But as all conservation should start with understanding, researchers are trying to understand the apparent contradiction between their stability in geologic times and quick evolutionary adaptivity.

“Our study shows that sturgeon are evolving very quickly in some ways. They have evolved a huge range of body sizes. There are dwarf sturgeon the size of a bass and several other species that are nearly as big as a Volkswagen.”

The study initially started out as a verification to a longstanding idea in evolutionary biology that has anecdotal support – but had never been rigurously tested. It was Charles Darwin who coined the term “living fossil” for an organism which has survived for many millions of years in the fossil record yet appear to have undergone very little anatomical change. Most paleontologists and biologists suspected that these observations reflect a fundamental coupling between the rates of species formation and anatomical change. Basically, groups of organisms which contain lots of species also have greater amounts of anatomical variation.

They used DNA sequence data and body-size information from publicly available databases to construct a time-calibrated evolutionary tree for 7,864 living fish species. They found a strong correlation between the rates of species diversification and body size evolution.

“We’re basically validating a lot of ideas that have been out there since Darwin, but which had never been tested at this scale due to lack of data and the limits of existing technologies,” Rabosky said.

However, sturgeons don’t really fit anywhere in this model – there are relatively few sturgeon species, but they have a very high variety of body size – among the fastest.

“In that sense, they’re kind of an outlier,” Rabosky said.

Via Michigan University and Daniel Rabosky