The next big earthquake

The massive 9.0 earthquake was the last in a series that devastated countries across the boundary of the Pacific plate. Even Japan, perhaps the country who was the most prepared in the world for this kind of seismic activity, was hopeless in front of the temblor and the tsunamis it created. 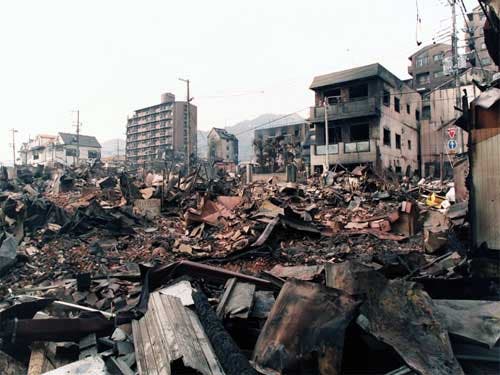 But after the earthquakes in Sumatra, Chile and New Zealand, another question arises: where is the next ‘big one‘ going to strike? An earthquake that takes place on a fault probably increases strain across the edge of the boundary (or bundaries), but there is no accurate way to predict earthquakes – anyone saying he is able to do so is a witch doctor. But talking about odds, that’s an entirely different story. We already know there’s a 99% percent of a major earthquake in California in the next three decades, but could it strike any time sooner ?

Many people are all over the place stating that the big one will arrive in a matter of months and that it will devastate absolutely anything and everything; is that true ? Not really, or at least there is nothing definitely pointing towards it. However, the San Andreas fault is way overdue for a major rupture, and the rupture will happen during our lifetimes and it will cause a major earthquake, but it is extremely unlikely that it is as powerful as the ones in Sumatra or Chile or Japan, and the area is not at a major tsunami risk.

The point is not to figure out where the next big one is going to happen – that’s impossible; we already know the most vulnerable points located on the edge of tectonic plates, so the point is to try and be prepared at every single moment, because the ‘big one’ is not going to give out warnings.