Japan in more trouble after an explosion at a nuclear plant

by Mihai Andrei
in Geology, World Problems
Reading Time: 2 mins read
A A
Share on FacebookShare on TwitterSubmit to Reddit

The earthquake that occured yesterday near the coast of Japan, the 4th most powerful earthquake ever to be recorded, is causing even more problems, after the direct damage, the aftershocks, the tsunamis, and the fire tsunamis; this time, things can get way, way bigger and worse, and the disaster toll keeps rising. 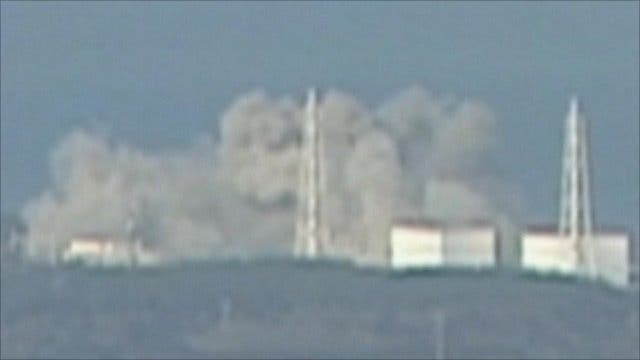 An explosion at a nuclear power plant destroyed a nuclear power station created fears that the a disastrous meltdown could happen, which would definitely cause a huge number of human casualties not only in Japan, but in neighbouring areas as well. The explosion was caused by the earthquake and the tsunamis that devastated Japan, and caused (by now) an estimated number of 1300 deaths, already.

The Fukushima Dai-ichi plant, the one in case, caused worries that led to an immediate evacuation of all the workers and people in the area, but experts have yet to find out what lies behind this explosion.

“We are now trying to analyze what is behind the explosion,” said government spokesman Yukio Edano, stressing that people should quickly evacuate a six-mile (10-kilometer) radius. “We ask everyone to take action to secure safety.”

The trouble began after the 8.9 magnitude earthquake and the tsunamis it created knocked out all electricity from the area. Other disturbing news is that the Kyodo news agency said rail operators lost contact with four trains yesterday, and still haven’t found them today. Japan has also declared states of emergency for five other nuclear reactors, all of which are in danger of exploding after they lost their cooling ability.