Israel, in danger of being hit by tsunamis

by Mihai Andrei
in Mathematics, Studies, World Problems
Reading Time: 2 mins read
A A
Share on FacebookShare on TwitterSubmit to Reddit 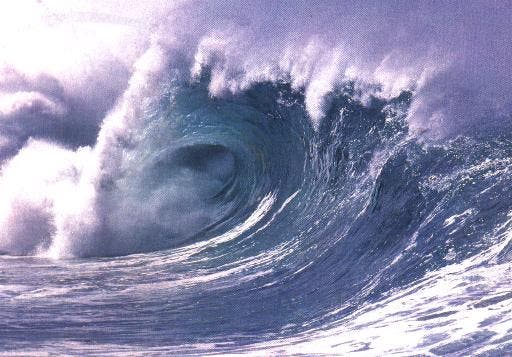 Dr. Beverly Goodman of the Leon H. Charney School of Marine Sciences at the University of Haifa was doing some research on the ancient port and shipwrecks of the place, when she stumbled upon information that led her to this conclusion.

“There is a likely chance of tsunami waves reaching the shores of Israel. Tsunami events in the Mediterranean do occur less frequently than in the Pacific Ocean, but our findings reveal a moderate rate of recurrence.”

“We expected to find the remains of ships, but were surprised to reveal unusual geological layers the likes of which we had never seen in the region before. We began underwater drilling assuming that these are simply local layers related to the construction of the port. However, we discovered that they are spread along the entire area and realized that we had found something major”

What they did is they drilled at various depths and proceeded to date the layers they found, using two methods: everybody’s friend carbon-14 dating and OSL (optically stimulated luminescence). They found evidence of tsunamis in 1500 BC, 100-200 CE, 500-600 CE, and 1100-1200 CE. There is still much we still have to learn about tsunamis, especially as more and more areas seem vulnerable to their threat. However, this exact need may be what gives researchers the push they need to find out methods of protection.