6.4 earthquake off the coast of Baja, California 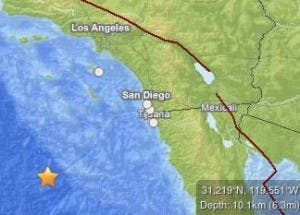 The United States Geological Survey (USGS) reported an undersea earthquake with a magnitude of 6.4 some 142 kilometers off the coast of Baja, California. The earthquake had its origin at approximately 10 km below surface level and so far, no tsunami warning has been issues.

Sitting ontop of three of the large tectonic plates, Mexico is one of the world’s most seismologically active regions. The plates move relative to each other, and this relative motion causes many earthquakes and even volcanic eruptions. 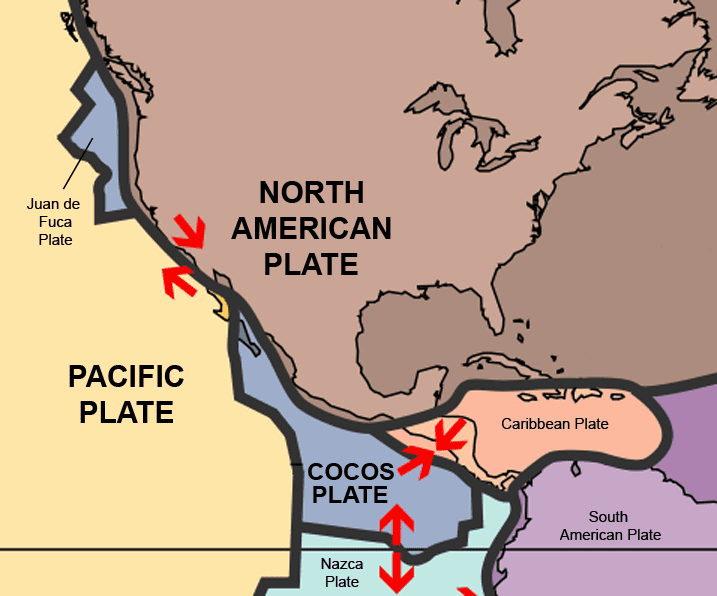 “Most of the Mexican landmass is on the westward moving North American plate. The Pacific Ocean floor south of Mexico is being carried northeastward by the underlying Cocos plate.”, USGS explained.

Next, you should know that there are two types of crust – oceanic and continental; oceanic crust is denser and heavier than the continental one, and as a result, the ocean floor is subducted beneath the North American plate creating the deep Middle American trench. This subduction is, of course, not smooth, and it generates a lot of tension and seismic energy. As the oceanic plate is pushed downward, it melts, and as it melts, the molten material is then forced upward through weaknesses in the overlying continental crust – which creates a series of volcanoes known as the Cordillera Neovolcánica.

These past few years have been marked by several devastating earthquakes – including the big one in Japan that took both the population and the researchers by surprise and the devastating one in the Indian Ocean, for example. The US however, doesn’t seem ready to heed these warnings, even though many seismologists have explained that Los Angeles is way overdue for a big earthquake.

Hopefully, Americans (and not only them) will learn from the tragic experiences suffered by others, to minimize any seismic damage which will happen in the future.