by Mihai Andrei
in Biology, Home science
A A 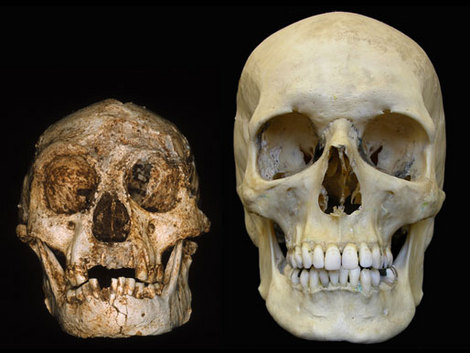 If we were to state the obvious, there are 2 sides: creationists and evolutionists. Creationists are mostly religious people, and they believe humanity, life, the Earth, and the universe were created in their original form by a deity. Of course, evolutionists accept the scientific theory of biological evolution by natural selection or genetic drift. The flag leaders of the two sides are priests and scientists. But what happens when some of the flag leaders switch sides?As a survey shows, 1 in 8 biology teachers in U.S. presents creationism or intelligent design in a positive light in the classroom. This comes despite a ban of the federal court against it. The survey has a 3% margin of error and it was conducted on a random sample of 939 teachers who filled out surveys between March 5, 2007, and May 1, 2007 on questions concerning the teaching of evolution.

It was funded by the National Science Foundation and another interesting thing that it revealed was that between 12 percent and 16 percent of the nation’s biology teachers are creationists, and about one in six of them have a “young Earth” orientation, which means they believe that human beings were created by God in their present form within the past 10,000 years. How can this be?

“The status of evolution in the biology and life sciences curriculum remains highly problematic and threatened. his issue [the teaching of evolution] is particularly interesting in that context because the public opinion on it is in many ways so far away from where the experts are”