The evolution of creationism

Back in the prehistoric, and even Antiquity days, man didn’t understand a lot of things; he took every such phenomena and said well, this god did it, or that spirit did it, or some entity did it and that’s just how it goes. Same goes for fossils – whenever somebody stumbled across a fossil, they just attributed it to a mythological creature. But time went by, and science started to kick in. David Montgomery of the University of Washington examined the history and changes underwent by creationism. 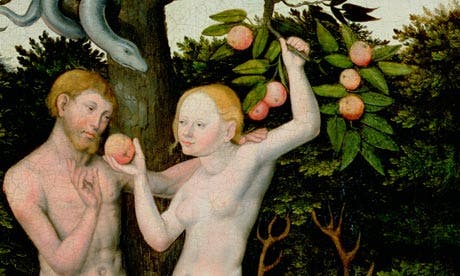 As modern science evolved, people started to have a better understanding of what was happening, and the questions asked were entirely different; the biggest problems were geological evidence, and the age of the Earth. The Christian bible, as well as many other religions place the age of the Earth somewhere between 5.000 and 10.000 years old. The staggering amount of scientific evidence however, tells an entirely different story.

The age of the Earth is believed to be approximately 4.54 billion years old; geologists didn’t come up with this number by magic, they did by analyzing rock samples and isotopes. Modern day creationists have a different idea about what happened; they believe the rock record researchers see today was altered by Noah’s flood. The problem is that again, geologists have found numerous evidence which refute the possibility of a global flood, let alone one of biblical proportions.

In the Middle Ages, scientists didn’t have much of a word to say. Whenever they came up with a theory that contradicted theological beliefs, they were pretty much burnt – sometimes metaphorically, sometimes literally. But times changed, and by the 1800s many acknowledged the validity of the scientific evidence, creating a storm of debate throughout the Christian writers. It was then that many started understanding the fact that religious writings, such as the Bible, or the Qur’an should be taken metaphorically.

According to Montgomery, creationism started declining and losing adepts, until the 1920s, when things started to change, as a result of several influential efforts. Despite any real evidence, they based this creationism resurrection simply on rejection and denial. The creationists of the twentieth century — and those of today — evolved in order to reject a scientific basis for understanding of the history of our planet, instead relying on a literal interpretation of Biblical accounts of creation and nothing else. But this strategy is effective, Montgomery found out.

40% of Americans believe Earth is less than 10,000 years old, despite all the scientific evidence, despite virtually every geologist in the world agreeing on this subject. They are also quite virulent in any discussion with people who don’t share their beliefs, and an understanding between the two sides just doesn’t seem possible at the moment. However, Montgomery hopes that as time passes by, more mutual understanding and acceptance will build a bridge between them and restore faith in science.

Where do you stand on the matter? Do you think that faith has all the answers, or do you feel that creationists just don’t want to accept the truth?