Evolution slows down as number of competitors increases 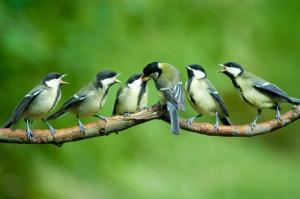 According to a new research, published in PLoS, as the total number of different species in a certain group grows, the chance of the rate of new species apprearing decreases greatly. The research team believes these findings suggest that new species appear less and less as the number of species in a region approaches the maximum number that it can support. The thing is that for a new species to thrive, it needs to evolve and occupy a certain space according to their own niche in the ecosystem. If they can find their place (which happens really rarely) they’re just fine. But if they have to compete with other related species, it becomes harder and harder. Also, survival rates are also different for different species. Competition between closely related species for food and habitat becomes more intense the more species there are, and researchers believe this could be the reason for the drop-off in the appearance of new species over time. Dr. Albert Phillimore, from Imperial College London’s NERC Centre for Population Biology, lead author on the paper, explains:

For the study they analyzed a total of 45 different bird families. By examining the rate at which new species appeared in the scenery they were able to draw these conclusions. For example, when the researchers examined the phylogeny of tit birds they found that some 10 million years ago, species formed rapidly but this rate has slowed over time to perhaps a quarter of the initial rate.